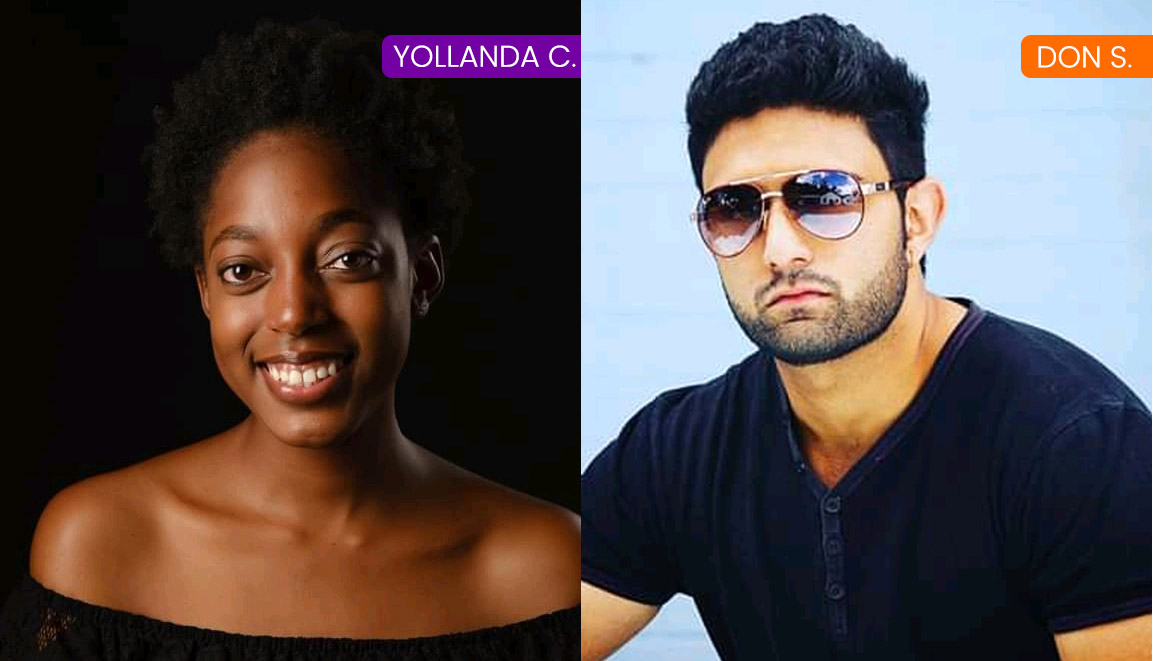 It was a big night for the Zimbabwe Film actors this past Sunday during, the Zimbabwe Models Awards. Two awards are set aside for the film industry Best Actor and Best Actress categories. They are dedicated to the models that are in the film and acting industry.

This year the best actress and actor award went to Yollanda Chimbarami, former Miss Harare based in Canada and Dhyaan Kumar aka Don Savania, Zimbabwe’s fitness and commercial model.

In a chat with the winners, Don said winning the award proves that he is improving in his acting career.

“Winning the best actor award holds a lot of weight, because being an actor is not an easy task. It requires a lot of focus and a lot of practice.

Getting the best actor award, means a lot to me it shows I am improving,” he added.

Don Savania is an aspiring Bollywood actor with his Indian roots, he has been receiving a number of encouragements from his fans to join the Bollywood Industry.

The award-winning model has casted in a number of movies including, The Lamb, 206 Bones, State of Malambia, Dispacement Code Insurgency, Human Trafficking, Rapid Contact (Shadow of Whispers). Next year he is planning to cast in Mzansi movies and also to shape up his music career.

In the previous awards he has won Most Promising (2016) Male Model & Most Talented Male Model (2018). He was the first and third runner up during the inauguration of Mister Zimbabwe.

The multi-award-winning model Yollanda Chimbarami stated out that she was caught by surprise to be announced as the winner and its also a sign that someone will be watching your work.

“I am really happy and excited that they were able to recognise all my efforts because this year I have been working extremely hard (giggles), it felt good being recgnised,” she informed.

When questioned about her thoughts when it comes to the Zollywood industry, she said

“We have grown as a country and as a nation, the opportunities that are there now especially in Zimbabwe’s arts industry are far much better before I left. Like now I like how people are becoming appreciative when it comes to the arts industry.

We just had our first movie at Netflix, and we have Mr Strive Masiyiwa in the board of Netflix, this is a sign that industry is growing, and I am happy that parents are starting to encourage their children to venture into the industry,”

Yollanda is a multi-award-winning model, previous at the Zimbabwe Models Awards she has won:

Yollanda took part in the following films and movies:

The two award winning actors said, they are optimistic of the future of the Zimbabwe’s film industry.