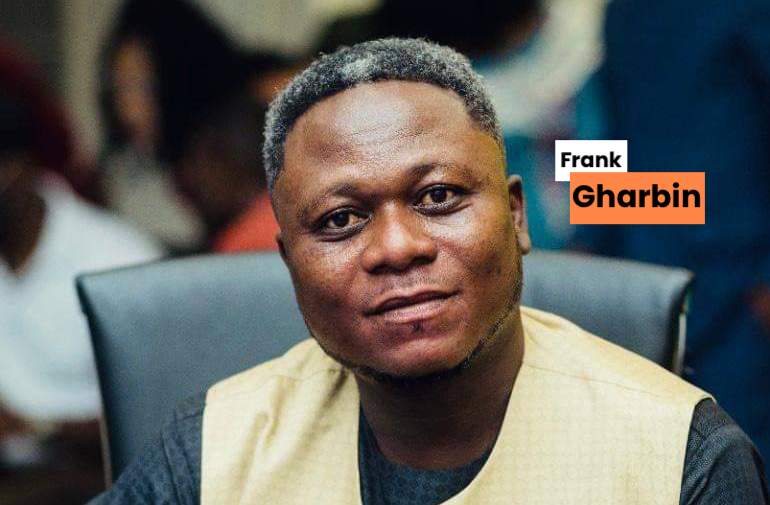 Frank Gharbin (FG) is a vibrant Ghanaian film director as well as film producer and C.E.O of King Sober Productions.

My Afrika Magazine reporter Charmaine Brown (CB) had an exclusive interview with Frank Gharbin, to get his views for his journey in the film industry as well as the perceptions of the Ghana movie awards to be held on 30 December 2020. Below are excerpts of the interview:

CB: Can you begin by explaining how you first got involved in the film industry.

FG: I developed a strong passion for acting at a very tender age, my first love and dream was to be seen on screen, to be famous for everyone to see me. I was involved in most of the drama activities whilst in primary school and formed the first youth drama group in my church, bantama presby church, where i wrote and directed plays, so that i can feature myself in them.

However, my first involvement with film was when I joined a group that was rehearsing to shoot a film, I realized that everything was so dis-organized, from script, rehearsals and so many therefore I volunteered to write the script for them, they were so impressed with the outcome, so they asked me to lead the rehearsals, since I understand the script better now, obviously they didn’t even have a director, the comedian who formed the group was directing, eventually I became the director and the outcome wasn’t bad, even though it didn’t look professional as well soon my name was spreading, and I got opportunity to direct another major or first commercial film in 1999 in the year 2000,I  got admission to university of Ghana where I pursue courses in radio, television and film production hence I completed in 2004 and return officially as a filmmaker, the rest they say, is history.

CB: Pertaining with the 2020 Ghana Movie Awards, what is the feeling of being nominated for the legendary award?

CB: Can you explain how you have been involved locally and internationally in the film arena?

FG: Locally I’ve been involved in a number of productions both as a director and a producer; I’m regarded as one of the most experienced film directors in Ghana having directed a record of 120 movies. Internationally i have a couple of movies now on amazon prime and hope to get on Netflix soon. I have also been nominated for some international awards and film festivals in Africa and outside Africa, the latest been winning best foreign movie at Abuja international film festival 2020, Nigeria with the movie mad house and best film in Africa, kukastream African film festival 2020, South Africa with the movie heroes of Africa as well as official selection at this year’s AMAA awards and Benin city film festival, all in Nigeria.

CB: In your opinion what is the most important quality in a film director?

CB: What are some of the challenges and difficulties you face when starting new projects?

FG: Film making in itself is a challenge, and every aspect of it comes with its own challenges, getting a good script that can stand the test of time is quite challenging, but for African filmmakers who are surrounded with diverse stories to choose from, the biggest challenge has always been finance and in this digital era, distribution as well for our contents and i am not exception to this challenge.

CB: Do you have any advice or tips for people starting new film projects?

FG: For those who wants to start new films, always remember that, the first most important thing is the script and the second most important thing is still getting a good script, know your target audience your making the film for and work to suit their taste but most importantly, research to find distribution avenues where your movie will fit into, or get assurance of where your movie will be going to for you to make your money back, so you can plan another shoot again or else you will just end up watching your movie with your wife and family and you will forever regret investing in film.

CB: What is your message to the nominees that will make it and those that will fail to win this year’s awards.

FG: To all the nominees of this year’s Ghana movie awards, I say congratulations to everyone, we are all winners and potential winners, win or lose just be happy and be motivated by the fact that you were counted among the best in your country’s film makers, cheers to everyone.

CB: Where can people find out more about your work?

FG: At the moment I have movies like Return of Black Monkey, The Missing Staff; available on amazon prime and other platforms including Play Afrika TV. Fans should search for them on Google.