Home>Featured>WHAT LESSONS CAN AFRICA LEARN FROM THE LATE ARCHBISHOP? 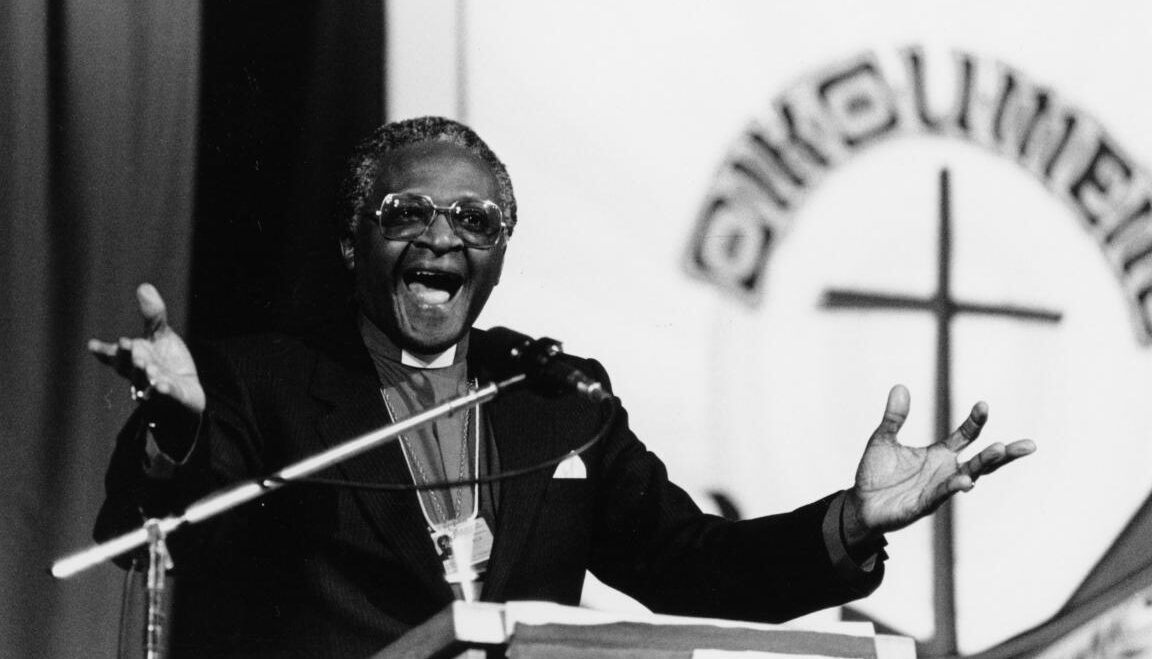 “The passing of Archbishop Emeritus Desmond Tutu is another chapter of bereavement in our nation’s farewell to a generation of outstanding South Africans who have bequeathed us a liberated South Africa,” said Ramaphosa in a statement.

Several leaders from across the world who include former USA President Barack Obama, President of USA J Biden, The Queen of United Kingdom, UK Former Prime Minister G Brown and the Chairperson of The African Union have joined South Africa’s president Cyril Ramaphosa, in sending solidarity messages to the Tutu family.

After the sadly passing of South Africa’s last surviving laureate of the Noble Prize, Desmond Tutu was announced.

President Cyril Ramaphosa described the late Chairperson of the TRC (Truth Reconciliation Commission), which was established to bring healing in South Africa after the apartheid era, as a man who stood firm in his words and fought for Ubuntu, reconciliation, and forgiveness.

Tutu fondly known as the ‘Arch’ and for his infections giggle and humanity, was born of a Xhosa and Tswana parents and was educated in a mission school.

Tutu was unable to afford the training cost of his medical career that he had dreamed of, he then became a schoolteacher. He later resigned as a protest in 1957 as the Bantu education Act was introduced. He then went on to study for the Anglican priesthood.

Tutu was named the first Black Anglican Dean of Johannesburg in 1975, Bishop of Lesotho one year later and General secretary of South Africa Council of Churches in 1978. He used the council position to become a high-profile spokesman for racial equality and non-violence.

During a state funeral which was conducted at St George’s Cathedral in Cape town on the 1st of January, which was attended by 100 mourners, including President Ramaphosa, former Presidents, Mbeki, Mohlante, and Zuma.

Archbishop was described by every speaker during the service as a vocie of the voiceless during the apartheid era, a voice of the 20th Century. Revered Michael Nuttal who was the Deputy to the late Archbishop Desmond Tutu, described him (Desmond Tutu) as ‘a giant among morrally and Spiritually’ (Source CNN)

Desmond Tutu raised his voice also during the 21st century, one won’t forget the advice that he gave South Africa’s ruling party that they should shun away from corruption, or they will lose massive support from the ground. This came to pass during the 2021 local government elections, as ANC lost majority of its seats (Source SABC).

In a documentary produced by BBC, the late Desmond Tutu, is seen in a rally informing the public not to fight one another as colour skin is not the problem, but the problem being the apartheid system. The Arch is also featured at the end of the documentary singing along with members of his church the song, Justice Shall Prevail Some Day.

May His Soul Rest In Peace.