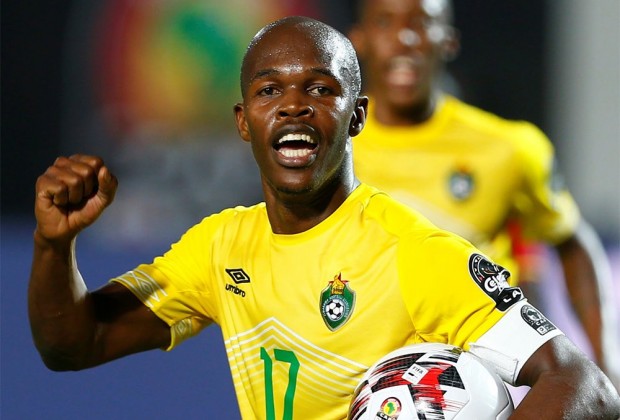 Al-Bayt stadium in the Qatari City of Al-khor was the setting where determination on what were the Kings of Arabic football was between Algeria and Tunisia.

The Two African nations reached the finals of the Arab Cup of Nations, on the 18th of December.

31-year-old Sayoud turned out to be Algeria’s hero in a last minute as he debuted in Algeria’s opening game of the Arab Cup of Nations tournament and did not taste the soccer pitch again during the campaign of the championship, until coming on just past the hour mark in the final game.

Which Algeria was battling with their neighbors Tunisia .

Was Sayoud kept aside by his team coach for a reason, no one knows, only his team manager has all the answers.

Algeria scored two goals to nil as this ended the game of the competition for their journey and the journey of the Arab Cup Championship on the 18th of this month.

Sayoud’s score gave the lead in the finals against their opponents. Algeria’s win became history in the making as this was their first time winning the cup.

The tournament acted as a preparation to the 2022 FIFA WORLD CUP which is set to take place in Qatar from November 21 to the 18th of December 2022. However, to African teams it was an early campaign for the AFCON (Africa Cup of Nations) which is yet to be hosted in Cameroon.

International players who include Mohammed Salah (Egypt), Naby Keita (Guinea), Kelechi (Nigeria); are expected to be in the tournament. There are 6 groups that contain 4 African teams. Supersport media is expected to broadcast live all AFCON matches.

Zimbabwe, which is Group B, will take on Senegal on 10 January and then face Malawi on the 14th, before they complete their Group B fixture against Guinea for days later.

Here is the AFCON finals Provisional squad for Zimbabwe: