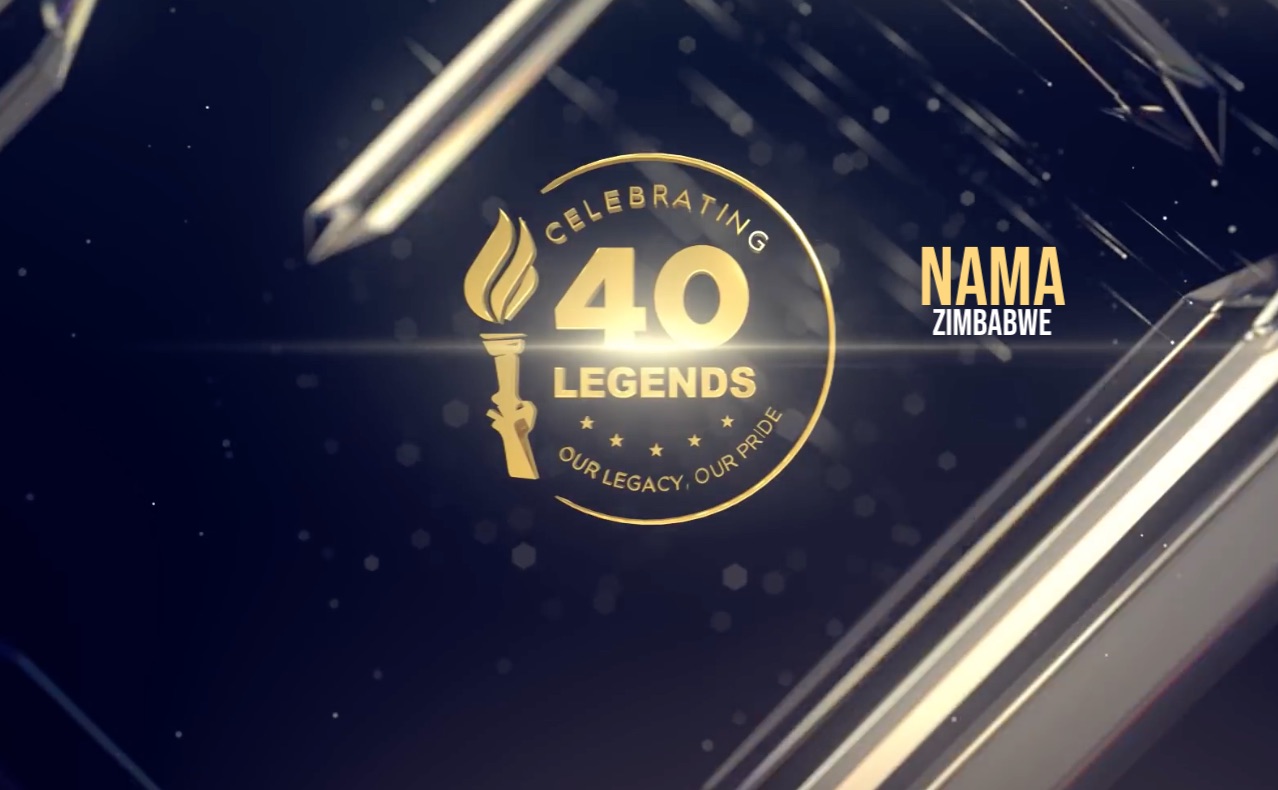 Award ceremonies across the globe are regarded as a point of success for many artists – i.e., nominees and winners. Many artists, as they entertain us through their various gifts play a huge role in keeping us informed, entertained and motivated.

In the case of National Arts Merit Awards (NAMA), they not only recognize musicians, but all aspects of the arts sector, from visual artists to dancers or actors and actresses. This is why they deserve to be celebrated and awarded.

The NAMA’s this year were nothing but a brilliant work of art. Given the opportunity to pre-package them for the virtual experience forced by the current COVID restrictions, the producers, Jacaranda Culture and Media Corporation (JCMC), had an amazing time creatively preparing a special edition of the awards.

‘The National Arts Council of Zimbabwe – NACZ Director, Mr Nicholas Moyo at a press conference announced that the holding of the competitive NAMA under the circumstances would have jeopardized the credibility of the entire processes associated with the Awards.’

Read more about the NAMA legend awards as explained by NACZ, (click me).

This year NAMA took a new form, mainly because of the restrictions, to do a Zim at 40, celebrating 40 legends within the arts sector. I thought this was important and a great way to start the Hall of Fame dream for Zimbabwe’s arts sector. Celebrating our legends while they are still alive is important and gives hope to our current and future creatives.

The awards did not only look at contributions of yesteryear legends, but a mix of the old, young and those coming up.

“The legends to be honoured today are people who have had an indelible impact on their different disciplines. These living legends include pioneers, innovators and consistent contributors in fields such as the manufacture of the Mbira musical instrument, Film, theatre, music, dance, visual arts, literary arts and the spoken Word.” Min. Kirsty Coventry’s remarks (See full statement here)

First things first, the organizers had to rework the Award trophy by creating a competitive campaign for the new creation of what lead to a great start in the celebrations.

The format was nothing but a clear work of brilliance and disruptive creation of a product that is far inclusive of all things artistic within this sector. The production script started off with the popular Captain Mfombi, cutting to the nights’ debut TV presenting performance by the sensational, Ammara Brown, who in my books did an outstanding job taking us through the awards drive, dressed exceptionally like a royal queen in her own right.

“Hosting the @namaszim reminded me that my growth is boundless. It was honor enough being the first musician to host such this award show, but my prestige was most felt in the wake of all the legends.”, she said on her social media platforms.

The journey through the history of NAMA into current focus was a great way for people to have a full appreciation of what was and where the dream is going. Watching the recipients receive their awards from the minister, Kirsty Coventry, deputy minister Tinoda Machakaire, Perm. Sec Dr. Thokozile Chitepo, Chief Director Dr Benson Dube and NACZ director, Nicholas Moyo, showed the level of commitment the stakeholders have for the growth of this sector. Arguably, the work needs to be done from the government down to the institutions to honor more artists with sustainable projects and funding.

From the first to the last take, the flow kept me glued to my screen, in anticipation of what’s to come next, and boom, you see the likes of Lovemore Tshuma, well Majaivana in my memory, who I had last seen perform years ago appear on screen. No words can describe the nostalgia and pride of seeing and hearing Mbuya Stella Chiweshe – a mentor to great sculptures, Tapfuma Gutsa, sekuru Barnabas Chademoyo – former dancer and Joe Njagu, who represents my generation of film creatives and our capabilities. (Full Winners List) / (Selection Process)

What an impressive way to start the event, the National Anthem was nothing but a show of excellence and brilliance. The diaspora collaboration featuring some of the country’s talents exported across the globe showed inclusiveness and served as a way to appreciate Zimbabwean artists in the diaspora.

The Old Meets New medley of Rudo Imoto and True Love by Busi Ncube featured Tamy Moyo, ExQ and Mzoe 7 set the stage brighter and what a vibe that was, we can never take away the energy Tamy brings, the unique style by Mr Putiti.  WATCH VIDEO HERE

An emotional rendition of Kudakwashe by Tariro NeGitare, Jose Sax and Sylent Nqo, did not only bring tears down my eyes but warmed my heart to the beautiful music we have been creating and the entertainment we received from all those remembered. WATCH VIDEO HERE

Like any other awards ceremony, NAMA’s musical acts carried the night.

From TV & Radio Rights, Mobile Networks, Sub-events, Merchandise sales, Art creations and many more, any awards event/ceremony will utilize any and every available business opportunities to morph itself not only into a one time showcase but a key part of every synergy it creates.

Partnerships created by the event organizers JCMC, saw Old Mutual powering this edition while other players in corporate sector made sure it all was a success. Their brands through on-screen adverts and pop-ups were visible proving the event to be a great marketing outlet.

Event organizers have made silent hints about NAMA TV and NAMA Music as projects to look out for. These not only are they great platforms to initiate but can give many unknown creatives across Zimbabwe the chance to be heard or seen, increasing the transparency bar of the NAMAs which, with each edition, has been faced with nothing but a mixdown of disappointments.

The POWER in working together is always evident in the IMPACT. The NAMA team understands the value of working together with various specialists. It was important that they sort expert partnerships with organizations like Invision Studios, Zimpapers TV Network (ZTN), Zimbabwe Broadcasting Authority (ZBC), Govt of Zimbabwe among others.

This collaboration did not only bring the specialized hands together but gave us the wonderful opportunity to revisit history through the archives and celebrate the film development in Zimbabwe, the TV personalities, musical evolution, visual arts and the emerging creatives we are seeing.

Like any other creation, mistakes or omissions can be experienced. NAMA is not excused from this. Some parts of the production had their own glitches, but nothing that could take away from the brilliance of the show.

With regards to the nominations of the 40 Legends, many would have wanted to be included and I can imagine the painful decisions that followed the final list.

Picking from a Facebook post by one of the seasoned Radio/TV personality, Tendayi Chakanyuka, a key department that I feel should have been included is the creatives and voices that took over the airwaves after Independent Zimbabwe, who include radio legends like Admire Taderera, Fungai “The Voice” Marange, Tich Mataz, Kudzi “Mr Cool” Marudza among others. I’m convinced this is nothing but a great start to celebrating our own.

“The hosting of this virtual ceremony dubbed #legends@40 NAMA has not been easy to prepare given the COVID-19 pandemic. I therefore would like to extend my sincere gratitude to the teams that acted behind the scenes, the event managers JCMC, Arts organisations and the partners for tonight’s ceremony.”

For me, the best way for any production or creation to be successful is to identify a working formula through trying, failing and hiring the right people for the job and I think NAMA as an organisation is growing into that realisation.

The Future is only made beautiful by believing more in our capabilities. I would say, all the best to Napoleon Nyanhi, producer/director of the production and his creative team as they plan another team and hopefully, next year, it will be a Live event.

Like what the legendary Tsitsi Dangarembga said while receiving her award, “A nation without art loses its soul, for art has the capacity to put values into society… ”.