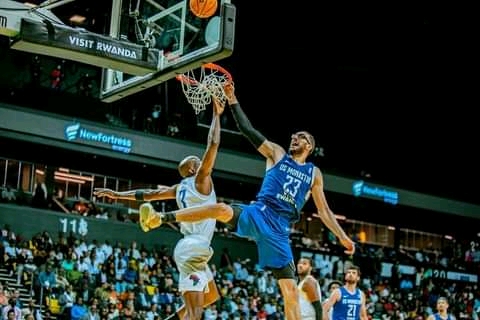 Last weekend celebrations were made from across Tunisia as they won Africa’s Basketball Champion’s thropy against team Petro de Luanda of Angola.

The Africa league Tournament was held in Kigali, Rwanda.

The clash between the two teams was to determine who are going to be second time winners of the championship since it was introduced.

Michael Dixon played a major role in assisting US Monastir to be winners.

Dixon (31) had a 7 out of 10 shooting night to finish with  game high of 21 points as the Tunisian championd fought back to defeat Petro-de Luanda 88-72.

This was the first time in history for the Tunisians to clinch a Basketball Continent Trophy.

The US Monastir Basketball player Dixon was voted the 2022 BAL Most Valuable Player.

Last year , Monastir managed to make it to the second position after losing to the former title holders,Zamalek’, whom they conquered during the semi-finals to determine the team which will proceed to the finals .(Source BAL Africa)

From sitting out Ater Mojok and Slimane Radhouane for long stretch of time due to foul trouble to struggling to score from behind the arch in the first half, Monastir’s determination and tenacity proved to be the game-changer.

With so many adversities and trailing by just two (59-57) at the end of the third quarter, Monastir had to feel confident.

When Dixon shoot 3pt which earned 60 points for his team.

Leaving team Petro to trail against one point.

The last straw came after a Radhouane grabbed an offensive rebound after Julius Coles Jr’s missed 3pt attempt to put Monastir in the driving dear with 78-72 seconds left.

The 2021  BAL defensive player of the year,Dikembe Mutombo won the 2022 BAL Sportsmanship Award he is from the team Zamalek, who won the third match 97 against 74 points for FAP. (Sources BAL Africa)