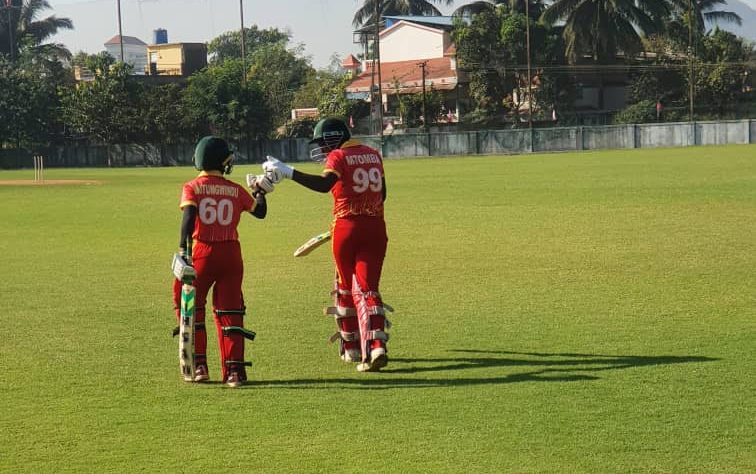 The first edition of the U19 Women’s Cricket World Cup is set to kick off from the 14th to the 29th  of this month in South Africa.

Zimbabwe’s women’s Under-19 coach, Trevor Phiri Chevrons said he is satisfied with the members of his team as all preparations have went well.

“Our last camp was very successful because we managed to cover all areas we wanted to improve and we are all prepared. What we must do is to play our game and take each at a time because we haven’t played any of our opponents. This will be a good step for our women in cricket to show their talent and play at the international  level which will give them exposure,” he said.

Kelis Ndlovu and Michelle Mavunga will be part of the team.

The U19 Chevrons will open their group tournament against England and then later face Rwanda two days after the 15th of January.

On the 19th of January they will face off with Pakistan.

The top three teams from the two groups will proceed to the last super 6.

Meanwhile, Rwanda’s Ladyguns who are coached by Zimbabwe born coach, Leonard Nhamburo are set to face the Irish team in a buildup game on the 11th of January.