Home>News>Entertainment>Art>THE RIGHT TO TELL A STORY 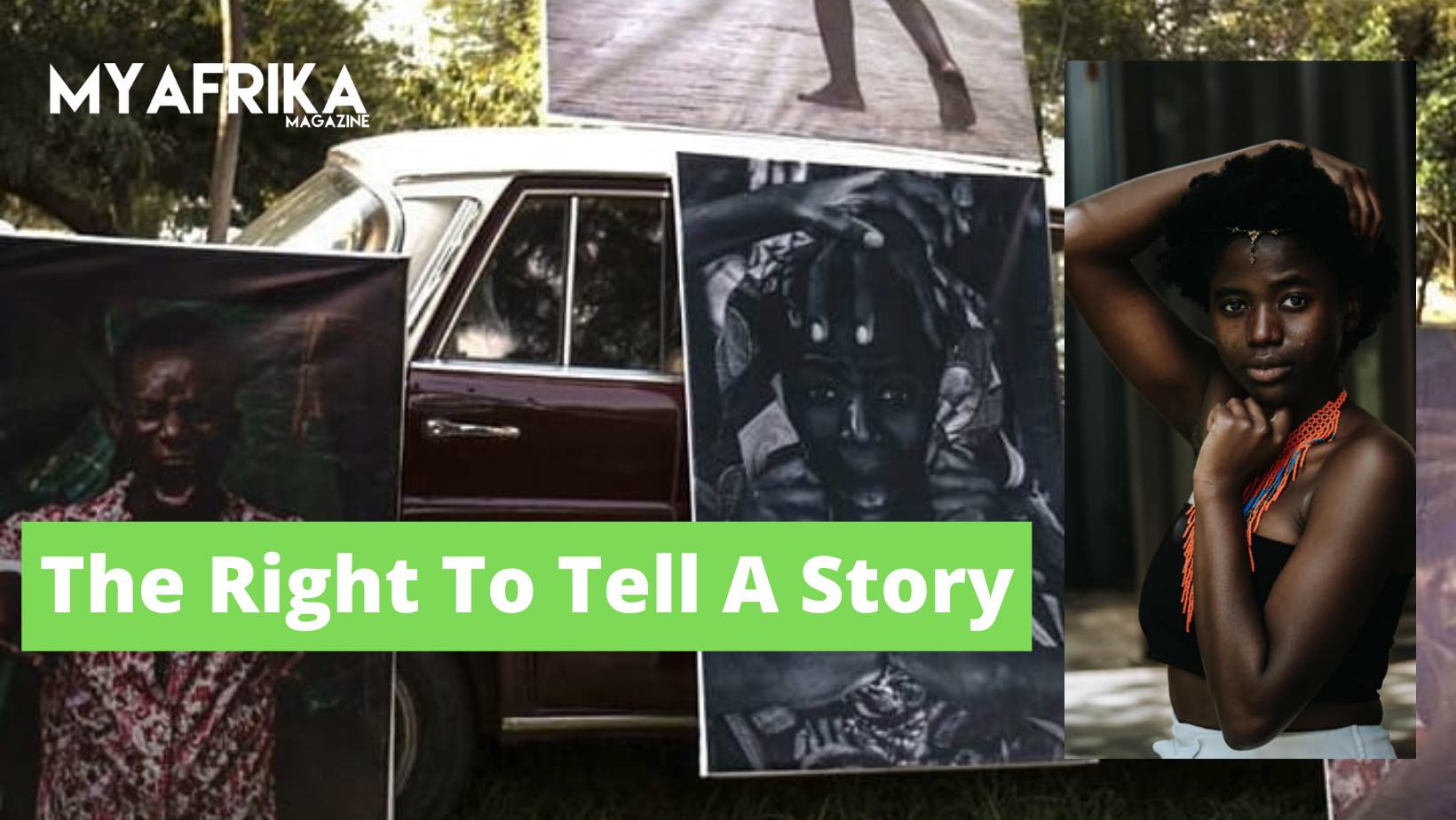 In 2014 it was reported that Lupita Nyong’o had gained the rights to adapt Chimamanda Ngozi Adichie’s novel Americanah into a movie. Americanah traces the experiences of a bright Nigerian girl named Ifemelu who migrates to the United States of America. In 2018 Nyong’o and her creative friend Danai Gurira scored a deal to have Americanah adapted into a limited television series which would stream on HBO plus.

The Internet went ablaze with complaints as to why Nyong’o (a Kenyan actress) should portray a Nigerian character. It was later reported that the production was stopped due to scheduling conflicts with Miss Nyong’o. Once again there were multiple comments that were pleased that the project was put on hold again because people did not feel it was appropriate for Nyong’o to portray a Nigerian character. This debate sparked a question in me which was: who really has permission to tell a story?

To help me unpack this issue I enlisted the help of Chimwemwe Chipidza. Chimwemwe is a talented actress, musician, writer, comedienne and Multichoice Talent Factory student who starred in the hit rom-com ‘Cook Off’ the first Zimbabwean movie to land a spot on Netflix. She is a champion of telling authentic African stories.

KM: First of all congratulations are in order for the premier of ‘Cook Off’ on Netflix. What do you think this can achieve for the Zimbabwean film industry?

CC: Thank you so much. I am a strong believer of ‘if others did it we can’t we do it?’. So I think the fact that ‘Cook Off’ managed to make it to Netflix it feels it really does open people’s eyes to the levels that they (local filmmakers) can reach so it’s not like you can make a movie and be like ‘I don’t know if it will make it to local television’ you know that it is possible for it to be on Netflix maybe the next person will be on HBO, maybe Hulu or wherever. We can now make content that goes out to the world so we can start making it on a level that reaches that standard of quality because we now have an international audience we’re not just making something for ourselves. A lot of people I know say ‘It’s just good enough for Zimbabwe’ which I believe is not a good mindset to have but now people know that we can have much larger audience I hope that there will be a huge increase in the quality of content that is produced in Zimbabwe.

KM: Do you believe enough of our stories are being told?

CC: I think there is need to specify which stories you mean because I do believe there is a singular narrative about Africa in general that has been pushed more than all of the other stories that we have and I believe that we are more than just that one story. But because it is the popular narrative and it is what draws international attention, it’s what draws funding from donors from around the world it then gets to be the story that is known about us by the world and also that we know about ourselves so we then start to paint ourselves with one colour rather than allowing ourselves to be everything that we actually are. The short answer to the question is no, I don’t think our stories are being told enough and the few that are being told are not being told in the right way.

KM: In 2018 it was announced that Lupita Nyong’o would star in the adaption of Adichie’s novel ‘Americanah’ social media was ablaze with criticism that she isn’t the best option to portray a Nigerian character because she is of Kenyan descent. The show was later cancelled in late 2020 and once again there was a crop of people who were pleased because of the same reason that she isn’t a Nigerian national. Your comments?

CC: To people outside of the African continent I do not think there are any specific differences. They don’t see us as different people according to nationality to say this one is Zimbabwean, this one is Ghanaian, this one is Kenyan, Nigerian or whatever they just see an African. They just see black people from Africa. I think most of the time there isn’t really any specification to say this story is from Nigeria and the characters should be portrayed by people from Nigeria. I don’t know if I can specifically comment on this because I’ve not lived the life of the main protagonist (from Americanah) has lived. But I would imagine to be a young African person finding their way in America the story would be universal past just Africa because I’m sure a person from Africa has the same experience as someone from India or China or wherever but I believe there are a lot of shared experiences so much so that if a Kenyan were to play the part and not a Nigerian it wouldn’t really take away from the experience, I think. The job is to act. Acting doesn’t mean you play the person that you are 100% of the time. You get to be somebody else that you’re not in your life. I don’t agree with those people but I don’t know where they are coming from I don’t know what their reasons are for not wanting her to portray the character.

KM: You have portrayed characters that are far from who you are as a person. Did you ever feel these characters weren’t your story to tell?

CC: Short answer no. I think the gift we are given as actors is that we get to live other people’s lives, other people’s experiences and get to tell their side of the story. You can’t say it’s not your story to tell because you can’t get everyone into certain situations to come through and act a role that defeats the purpose of having actors to begin with. There are certain situations to begin with you would have a white person playing a person of colour because that is very disrespectful. There are very few situations where I would say this is not your story to tell.

KM: What are your hopes for the future of storytelling from Zimbabwe and Africa at large?

CC: My hope is that storytelling for Zimbabwe and Africa become more truthful, that we find more depth, more variety, and that people stop peddling one narrative. I hope that it can be our and done by us as opposed to having other people tell stories for us so they are less distorted.