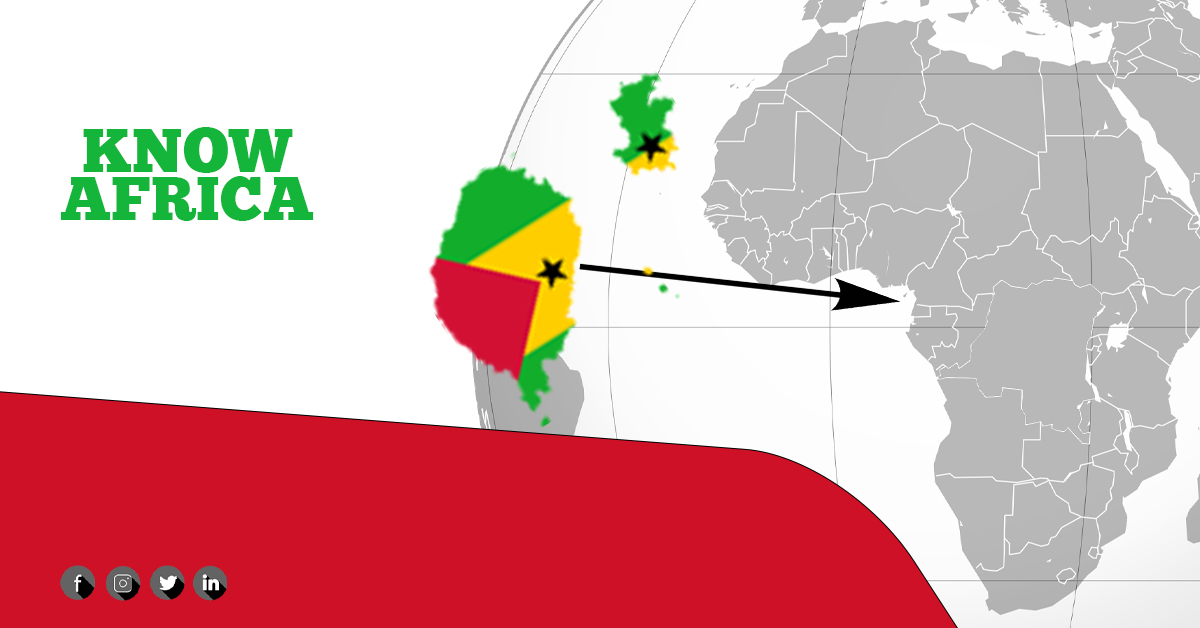 The Democratic Republic of São Tomé and Príncipe is an island country in the Gulf of Guinea, off the western equatorial coast of Central Africa. It consists of two archipelagos around the two main islands of São Tomé and Príncipe, about 150 km (93.21 mi) apart and about 250 and 225 km (155 and 140 mi) off the north-western coast of Gabon. With a population estimate of 226,002.

The rich volcanic soil and proximity to the equator made São Tomé and Príncipe ideal for sugar cultivation, followed later by cash crops such as coffee and cocoa; the lucrative plantation economy was heavily dependent upon African slaves. The people of São Tomé and Príncipe are predominantly of African and mestiço descent, with most practicing Roman Catholicism. The legacy of Portuguese rule is also visible in the country’s culture, customs, and music, which fuse European and African influences.

The first signs of slave rebellion began in the 1530s, when the maroon gangs organized to attack plantations, some of which were abandoned. A formal complaint was lodged by local Portuguese authorities in 1531 lamenting that too many settlers and black citizens were being killed in the attacks, and that the island would be lost if the problem remained unresolved.

he climate of S. Tomé and Príncipe is essentially conditioned by its geographic location, subject to the seasonal translation of low equatorial pressures, the monsoon winds from the south, the warm Guinea Current and the relief.

Since the 19th century, the economy of São Tomé and Príncipe has been based on plantation agriculture. Portugal remains one of São Tomé’s major trading partners, particularly as a source of imports. Food, manufactured articles, machinery, and transportation equipment are imported primarily from the EU.

São Tomé and Príncipe outperforms the sub-Saharan Africa average on the Human Development Index and has made great progress on most social indicators. All children in São Tomé and Príncipe are enrolled in the education system, life expectancy has increased to 70 years, the infant mortality rate has decreased dramatically and the vast majority of the population already has access to piped water and access to electricity.

Distinct ethnic groups on São Tomé and Príncipe include: Mestiços, or mixed-blood, are descendants of Portuguese colonists and African slaves brought to the islands during the early years of settlement from Benin, Gabon, the Republic of the Congo, the Democratic Republic of the Congo, and Angola (these people also are known as filhos da terra or “children of the land”). Angolares are reputedly descendants of Angolan slaves who survived a 1540 shipwreck and now earn their livelihood fishing. Forros are descendants of freed slaves when slavery was abolished. Serviçais are contract laborers from Angola, Mozambique, and Cape Verde, living temporarily on the islands. Tongas are children of serviçais born on the islands. Europeans, primarily Portuguese. Asians, mostly Chinese, including Macanese people of mixed Portuguese and Chinese descent from Macau.