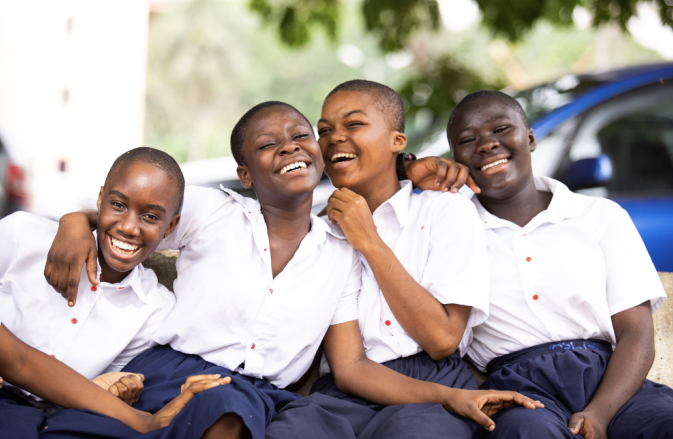 The International Day of the Girl Child, also known as the Day of Girls, is celebrated each year on October 11 to bring attention to the value and potential that girls hold for our society’s future.

The theme of this year’s International Day of the Girl Child “Our Time Is Now – Our Rights, Our Future.”

In many African countries, the girl child is discriminated against in several ways such as being denied the right to education, her reproductive rights are denied, being victims of sexual abuse and rape as well as being trafficked.

This event empowers girls and helps amplify their voices. Comparing with International Women’s Day, in this case the International Day of the Girl Child also acknowledges the significance, power, and potential of adolescent girls.

This year marks the 10th anniversary of the International Day of Girl Child.

15 years after the Beijing Conference, the United Nations General Assembly passed a resolution declaring October 11 as the International Day of Girl Child.

According to UNICEF, “investments in girls’ rights remain limited and girls continue to confront a myriad of challenges to fulfilling their potential; made worse by concurrent crises of climate change, Covid-19, and humanitarian conflict.”

UN and other organizations hosted conferences and discussions on variety topics, including child marriage, violence against women, access to education, and more. In addition, this day hopes to motivate girls to reach their greatest potential by sharing the stories of changemakers.

The challenges girls in Zimbabwe face remain important, including the risk of becoming pregnant or married at an early age. Adolescent pregnancies and child marriage are widespread in Zimbabwe. This year’s commemoration the day was marked by the adoption of the Marriages Act and the expected positive impact that its full implementation will have on adolescent girls and on the country.

The UN called for including adolescent girls in local decision-making; increasing resources for inclusive education; and providing young girls with targeted services, particularly during times of crisis.

ActionAid an international charity that works with women and girls living in poverty also runs child sponsorship programs in countries around the world, to support girls to get a good education, nutritious food, clean water and the healthcare they need to grow and thrive.

With the internet and globalization, there are more opportunities for girls to speak and have their voices heard on the world stage.