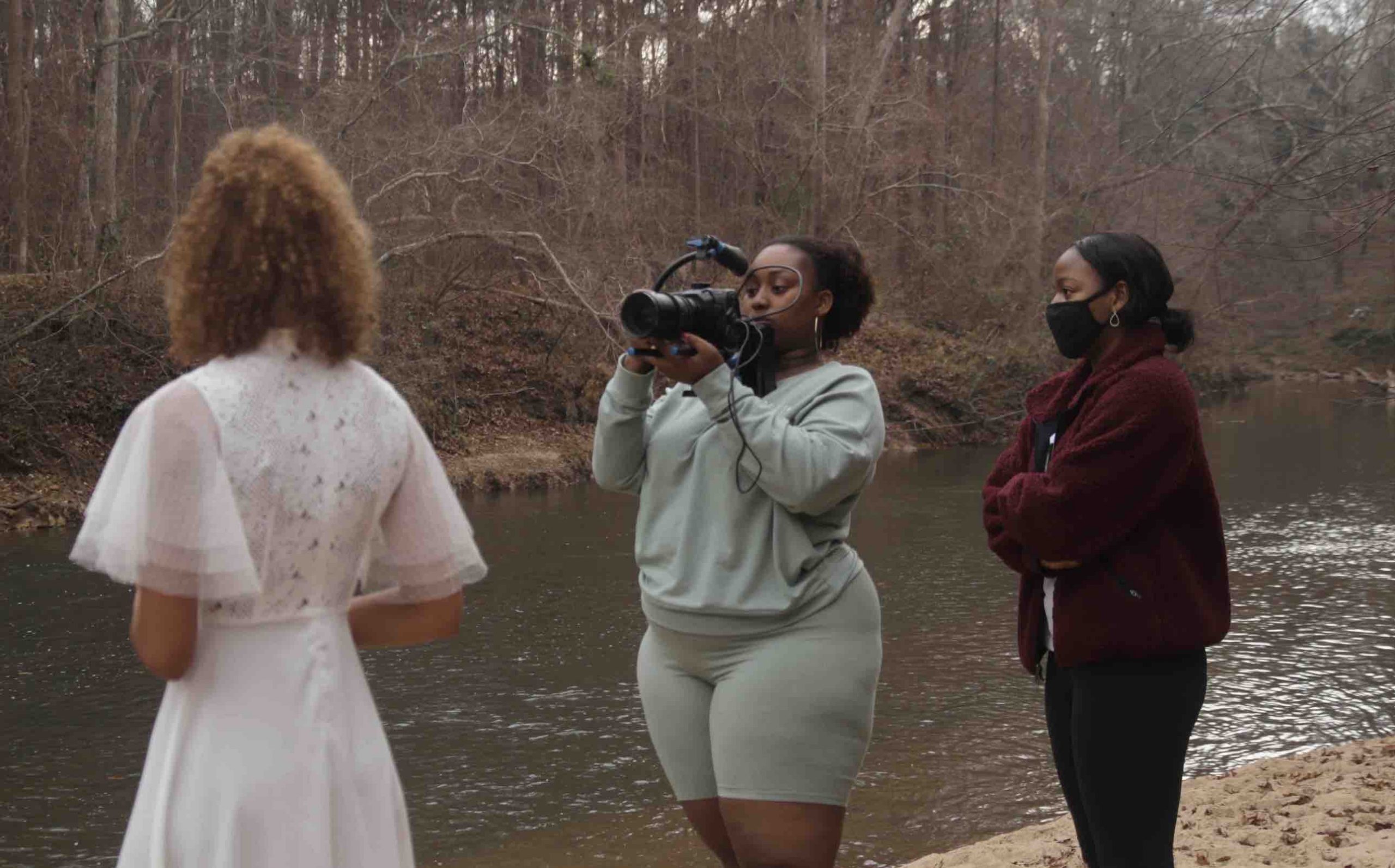 Nicole Panashe is a Zimbabwean producer, writer, and director currently based in Atlanta, Georgia. Two of her recent projects ‘SEEK’ and ‘The Right Track’ are pushing the envelope of storytelling in the music, dance and sports scene.

In an exclusive interview with the My Afrika Magazine’s Nico Abote, Panashe shares more about her journey as an upcoming filmmaker.

NA: Kindly share your name and a brief about yourself

NP: My name is Nicole Panashe. I am a writer, director and producer currently based in Atlanta, Georgia. I was born in Harare, Zimbabwe and during primary school my family relocated to South Africa. After receiving a full scholarship to study abroad, I was able to come to America to complete my undergraduate studies. While studying Broadcast Production, I deepened my love for video creation and film, and became an intern for my school’s sports program where I filmed all the NCAA sports events. I decided to push my creative skills further through film school and received my Masters in Film and Television in 2021. Since then, I have founded Kontimedia (an in-house production service) and have produced, written and directed various projects such as short films, documentaries and music videos. I hope to become an established writer and director in the film and television industry, and am interested in projects centering youth, sports, music, dance and mental health.

NA: What made you venture into the creative sector (filmmaking)

NP: Growing up, I always had a passion for storytelling. Whether it was taking pictures of family and friends or having dancing/singing competitions, I was always using my imagination and creativity to create a new world or idea. When it comes to producing and creating films, I actually started out just making videos for fun. Then I started making sports videos and home movies. I had no experience and was not informed of any filming techniques or anything. I would literally just film the people around me (family, friends, colleagues) on my phone and edit it all together when I got home. I would always be so excited to edit just for fun. Then it got to a point where making videos became my form of communication. I enjoyed the idea of appealing to emotions through video, art and music. I ended up receiving positive feedback and inquiries about my video making, so I started a videography page when I got to university. It was right after I graduated that I decided to expand fully into film and media production, and that videography page soon became what is known now as Kontinental Media (@kontimedia), where I produce and direct music videos, short films and documentaries.

NA: Your thoughts on our African narratives in international films, are we doing enough?

NP: I think that there has been growth in terms of embracing more African narratives but I definitely would love to see more visibility for African stories particularly in mainstream media (movies, shows, series, streaming platforms etc). I believe that there are so many hidden gems in Africa waiting to be told and shared with the world. Not only can these stories entertain, educate, and show truth, it is also incredibly inspiring for Africans to feel seen through different characters and be inspired to pursue art and storytelling as a career.

NA: About your films, what inspired them?

NP: I was chosen to receive a documentary grant from The Trail Running Film Festival which allowed me to produce and direct my short documentary ‘The Right Track’. The story was inspired by the Atlanta running organization ‘Movers and Pacers’ and follows the journey of the members and the impact they have had in the Atlanta running scene and black community. Through interviews with various team members, including the organization founder, Kaos, this documentary explores and shares insight on the perspectives, hardships and overall experiences that have come with building the organization over the years to where it is today. With a deep dive in Atlanta running culture, it reflects on the group’s impact on the main target audience: Atlanta-based creatives, professionals, and youth looking to stay active and connect with the community.

In addition, ‘SEEK’ is a short film that I produced, directed, and wrote which was inspired by my love for music and life experiences that I wanted to explore through an artistic visual. SEEK, an abbreviation for the words ‘Silence, Escape, Everlasting, and Kingdom’, is an experimental film that serves as a visual music dance piece, in collaboration with local Atlanta indie artist, Diamant. The film explores emotional themes surrounding insecurity, identity, and purpose, which is expressed through various art forms such as dance, music, visual performance, spoken-word, and poetry. The film was shot in December 2021 with a skeleton crew of 4 people, and features rising dancers and actors in Atlanta.

NA: Will you return to Zimbabwe to do productions?

NP: At the moment, I am currently working on projects in Atlanta and building my network in the creative scene through music videos, short films and documentaries. However, I am hopeful that in the near future there will be an opportunity for me to work on projects that feature Zimbabwean artists, and that hopefully lead me to come to Zimbabwe to film.

NA: Which Zim-films are your favourites?

NP: It is not a film but I really enjoy the web-series Wadiwa Wepamoyo. It definitely has a fresh and exciting concept that showcases the young talent that Zimbabwe has to offer. In terms of films, some of my favorites include the documentary ‘President’, the feature film ‘Shaina’ and the short film ‘The Return’.

Nicole is most proud of producing projects that embrace and champion underrepresented voices and stories. She is looking to further her film producing career through television and feature films, with the future goal of creating her own series and films that give a platform and visibility to African stories and minorities.

Learn more about the both films here