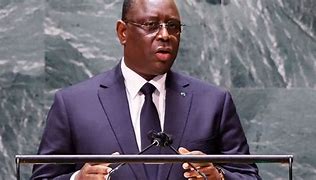 The chairman of the African Union, Senegal’s President Macy Sall met with the Russian President Valdimir Putin last week in Moscow, after a number of African leaders have raised concerns over the effects that the continent is witnessing due to the invasion in Ukraine.

Moscow has a positive relationship with the African union, since the early post Independence of Africa.
The invasion which was made by Russia in Ukraine has affected the African countries despite the African nations not being involved in war physical and this has been seen by prices sky rocking everyday due to shortage of food.

The meeting was held at President Putin’s residence in Sochi on the 100th Day of Moscow’s invasion to Ukraine.

Since the invasion ,grain supplies have been stuck in Ukrainan ports.

The AU leader told his Russian counterpart that due to the sanctions imposed by the Western countries to Russia,the continent has been greatly affected.

“The fact that this crisis brought the cessation of exports from Ukraine, but also from Russia because of sanctions, we have found ourselves in between these two,” Sall told reporters.

In response,President Putin first described ,Russia’s relationship with Africa as a unique and positive relationship especially since the conflict between Russia and Ukraine began.

“At the new stage of development we place great importance on our relationship with African countries and I must say this has had a certain positive result,” said Putin.

He also assured the African leaders of a solution in the food shortages Africa is facing during the Russian-Ukraine conflict.

Africa has seen sky rocking prices everyday, especially when it comes to fuel, cereals and bread .