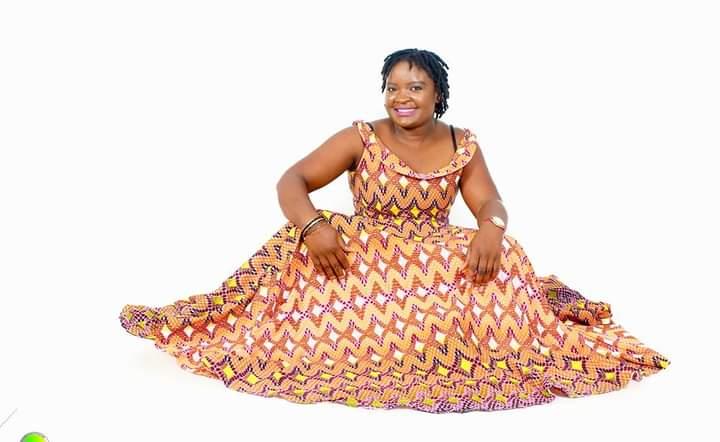 Harare-based African fashion designer, Yeukai Ticharwa believes hard work and determination will take her to her dream fashion land. The cool-spoken 33-year-old is destined for greater heights judging from her works that are produced under her own designer label “Mhamha Yeu’s Closet.”

Having studied fashion designing in 2011 at Speciss College studying Bridal Wear and Interior Décor, Gocha went on to pursue the art with passion until she established her own brand. The designer began her journey and gradually went up the ladder of fashion triumph.

“I can say that fashion designing was an inborn thing since I started doing it at home alone and later enrolled with colleges to fine-tune my works. I started my business in 2013 and never worked for anyone because I wanted to be my own boss.”

“Mostly I do African wear because it is more trendy and people like it more especially the Zimbabweans prefer the Retso and Hanga prints and you can actually smell the bird scent on the Hanga print which drives my work to attain more clients in Southern Africa as well,” said Gocha.

She has done designer wear for various prominent people in the country such as clients from CBZ Holdings in Harare and Midlands Province.

Gocha also shed more light on her journey and revolution in the fashion industry.

“I have a love for fashion and I have done many fashion designs ranging from bridal wear, urban wear, Afro-centric, formal and casual wear. I am now mainly venturing into African attire wear where I sell my clothing’s all over the country and also in South Africa and Zambia,” she said.

She says her experience in South Africa was an eye-opener that has motivated her to work harder.

“My experience in South Africa through selling to huge business personnel’s made my presence on the local fashion scene felt in a big way and I believe the sky is the limit. I am also the one who designs uniforms for college named First Schools in South Africa.”

“In terms of investing in my business I managed to save enough money to buy two sewing machines and I now have a worker that assists me in my business,” said Gocha.

She added that she has embraced new technology which enables her to expand her prospects.

“I am now an online business; I manage to reach out to customers through Facebook ads and Instagram ads. I am taking various steps to have an important online presence and this has provided new opportunities for momentous development since I now speak and go direct to the consumer,” he said.

Gocha works from her fashion studio along First Street, and she hopes to excel in the fashion world.