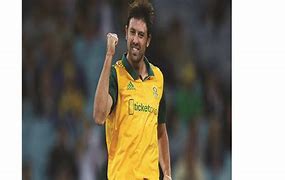 David Wiese provided the stand-out bowling performance, taking three key Zimbabwean wickets to stymie the first innings, with the home side limping to 122 in Bulawayo. In response, Namibia were never in any real danger of falling short, with a dominant unbeaten half-century from Craig Williams shepherding the chase as the visitors cruised to victory with two overs to spare.

Zimbabwe got off to a nightmare start, losing their first five wickets for 49, by which time more than 11 overs had passed.

Wiese was responsible for removing opener Regis Chakabva and number three batter Craig Ervine, but there was an element of self-destruction to the Zimbabwean performance, with two run-outs thrown in to compound their worries.

Milton Shumba, Tony Munyonga and Ryan Burl provided some contributions at the back-end to take the score above 120, but it never quite looked like they had given their bowlers enough to work with.Namibia began cautiously, with Luke Jongwe dismissing Divan le Cock in the sixth over, by which time they had allowed just 26 runs.

However, once a partnership between Williams and captain Gerhard Erasmus developed, Namibia were soon lifted out of trouble. The pair put on 65 off 53 balls as Zimbabwe found inroads difficult to come by. The dismissal of Erasmus for a 26-ball 36, bowled by Tendai Chatara, might have raised hopes of an unlikely comeback, but in Wiese, Namibia had someone with the experience and quality to see the game through.

In the meantime,Team SA Cricket has named their squad for the upcoming series in which they will face India. Among the squad is Wayne Parnell who is making his coming back to the team after five years of not being part of the squad.Wayne Parnell will be joining the award-winning Cricket player,Kagiso Rabedi.

In Rugby ,Zimbabwe’s Sables are travelling next month to South Africa as they will be participating in Rugby Africa Cup .