Home>Featured>Purpose and Passion Propels Us 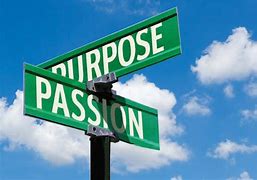 Purpose and passion are inter-twined and often time it may be clear as a day that one knows their purpose at a tender age. A few others struggle to find their place in this world and a clearly defined goal or purpose is easy to execute.

Lack of knowledge on this will make you prone to abuse, manipulation or exploitation. Having direction of your destination will make life easier. Countless individuals suffer from identity crisis and have been dragged along the way of others’ road trips as mere spectators or passengers.

No matter how difficult or tiring the journey, the knowledge of one’s destiny and purpose will only strengthen them. Diverse circumstances or challenges of life may be-fall many but a brief check of the purpose sets straight one’s determination. Illnesses and discomfort may deter some to pursue their dreams but it all depends on how bad you want it. The measure can be identified by the intensity of the desire and how much one is willing to invest in it for success.

We remember Chadwick Boseman as an American actor and playwright. Throughout his career, Boseman was the recipient of various accolades including two Screen Actors Guild Awards, a Golden Globe Award, a Critics’ Choice Movie Award, four MTV Movies and TV Awards and nominations for an Academy Award and a BAFTA Award.

During the greatest triumphs of his ground- breaking career, the “Black Panther” actor struggled with his deteriorating health. While his character T’Challa was the hope of his people he knew his time was running out but he pressed on. His duty was to keep the hope alive especially in times of hopelessness.

Boseman’s passing after a four year battle on August 28, 2020 broke many hearts but I am convinced that he had fulfilled his purpose and passion before his passing. Indeed he pursued his dreams until his last breath.

On the other note, Stefani Joanne Angelina Germanotta also known as Lady Gaga is an American singer, songwriter and actress. Known for her image reinventions and musical versatility, she began perfoming as a teenager singing at open mic nights and acting in school plays.

Lady Gaga’s Netflix Documentary is a rallying cry to those who suffer from chronic pain. When she announced the postponement of the European leg of her Joanne World Tour, there were mixed emotions as to why that had happened. Germanotta dropped the bomb that she had been diagnosed with fibromyalgia; chronic illness characterised by wide spread pain, fatigue, mental fog and many other debilitating symptoms for which there is currently no cure.

American actor, director and narrator, Morgan Freeman is known for his various roles in a wide variety of film genres. Morgan Freeman is an outspoken advocate for fibromyalgia awareness. He was no longer able to do certain activities such as sailing due to his fibromyalgia. Yet he wanted readers to know that the condition isn’t all gloomy. He stated, “There is a point to changes like these. I have to move on to other things…”

It was in 2013, that Oscar-winning actor Morgan Freeman went public with his diagnosis of fibromyalgia following a car accident in 2009. The car accident left his left hand paralyzed and triggered nerve damage. Freeman’s symptoms include “excruciating pain up and down the arm”. Fibromyalgia is a condition in which a person has chronic pain and tenderness in joints, muscles, tendons and tissues.

Their passion propels them, pushing them forward towards their destiny and purpose whilst never letting challenges of ill health to ever cause discouragement.

Fungai Tanyaradzwa Blessing Chinogaramombe whose brand name is BlackGem is one of the many women in Zimbabwe who continues to teach resilience, persistence, hard work and determination again all odds. Sadly pain has always been part of her life ever since she was a child.

“I don’t really know when the pain started, but as long as I can remember back in my early childhood I was always in pain. Along the way I have had two internal organs which were affected by the flare ups removed for my survival when I was 21years old” she says.

The initial process of diagnosis can take forever as one can be treated for a symptom at a time.
“It took more than 17 years for the condition to be diagnosed. At first they just treated the different symptoms that came from it until I was told I have Rhuematoid arthritis. People usually mistaken chronic pain as laziness or spiritual attacks. It’s very hard to fit into society but I don’t need to fit in, I’m unique just the way I am so I will stand out and live each day as I can” said Fungai.

Talking about the pain, she says, “It’s hard to explain but before I even wake up it’s sometimes too horrible to fall asleep, or I’m too drowned to stay awake. Some days I’m completely bedridden. It’s a widespread muscular and joint pain, a lot of fatigue, brain fog and chest pains. Those are the major symptoms but other ailments arise every now and then.”

Fibromyalgia can be treated and managed with medication and self management strategies.
Chinogaramombe says it’s an autoimmune disease, so going on a full time medication program has got it’s own severe side effects.“

I choose a self management lifestyle although when the ride gets too rough I get steroid medication and pain killers prescribed by my GP or Physician. On any other day it’s herbal teas, diet, water therapy and a bit of exercise. The meds are expensive and sometimes you can’t find some of the injections easily. One time I gave up on it, I was too tired moving from pharmacy to pharmacy and it was giving me too much pain.”

“The pain which affects every sphere of my life taught me to value life and use my days for the betterment of Humanity. I write, am a musician who plays a number of instruments and sing. I design and make clothes, accessories, bags. I do a lot of voluntary work for example advocating for people with Epilepsy, community empowerment and healthy lifestyles for people with autoimmune diseases,” she said.

Some of Fungai Tanyaradzwa Blessing Chinogaramombe’s Achievements are First runner ups awarded by Chibuku Road to Fame Harare Province, a board member for Epi Action, a secretary/treasurer for United Women in Music as well as Yolk Foundation Catalyst.

Moreso, Buju Banton’s lyrics in one of his song which says “It’s not an easy road…Who feels it knows” depict that in as much as we may conclude the plight of others, the truth of the matter is, the one who feels the pain knows their daily struggle.

A focussed individual will succeed no matter what may stand against them. All these artists featured in this write up have shown that determination and hard work works. This is only possible to that person who knows their purpose and remains focussed and passionate to fulfil their dreams. Their purpose and passion indeed propels them forward against all odds.