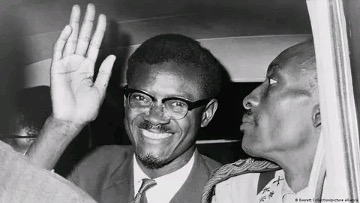 With more than 61 years since the death of Patrice Lumumba, Belgium has returned the last remains.

Patrice Lumumba was shot dead by firing squad in 1961, his body was then hacked to pieces and dissolved in acid.

Lumumba became the first leader of the Independent Democratic Republic of Congo.

The tooth was kept by one of Lumumba’s killers, former Belgian police chief Gerard Soete, who admitted in 1999 that he had stolen the tooth following the killing of Lumumba.

The tooth will be placed in a box before being placed in a casket and flown to Democratic Republic of Congo (DRC) for burial.

In 2020, Lumumba’s daughter, Juliana Amato Lumumba announced an official request by her and her family for Belgium to return her father’s last remains, 59 years after his gruesome murder, considering it makes the only coffin they can have of him.

The remains of Patrice Lumumba came after weeks the Belgium King Philippe had made a six-day trip visit to DRC and this was his first visit on the East -Southern nation of Africa.

King Philippe is also prominently known for his public apology for the atrocities which were committed during the brutal rule of Belgian King Leopold II and Belgium’s colonial era.

Patrice Lumumba was executed by a Belgian firing squad in January 1961, nearly six months after his country gained independence from Belgium and after a historic speech he delivered in rejection of remarks made by King Baudouin of Belgium on the same day.