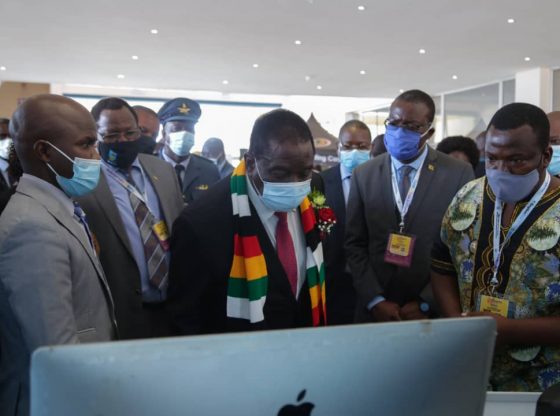 Do you recall the movies that were part of the golden era, ‘Neria’ written by award winning writer Tsitsi Dangarembga.

We we’re introduced in the struggle of Zimbabwean widow , we were learning about the challenges that widows are facing after their loved ones pass away.

The movie was casted by International actor Nomsa Mlambo.

A picture was drawn of what type of struggles Zimbabwean orphans face after losing both parents and they are neglected by guidances who only care about their wealth, which is a common thing in Africa .

All these movies told a unique Zimbabwean story that the world didn’t know about .

This week on the 6th of December President of Zimbabwe E.D Mnangagwa made a call to the filmmakers to return to the golden days of telling the true Zimbabwean Story to the world.

President Mnangagwa made this call during the inaugural open of the Varisty Film Expo at the National University of Science and Technology .

“The film industry must further help to convey the true story of our great mother country by projecting a positive image .

“Intergrity must remain the sacred responsibility of your field to this end,avoid the way out and don’t give up your chosen genre and narratives as betray actions in the national interest to satisfy project or film financiers,” urged President Mnangagwa. (source Chronicle Newspaper)

The President further promised the guest of the event during the opening section , that his government will not neglect the arts industry .

The seven competed for the annual championship.

The festival was co-founded by cinematography ,Kudzai Chikomo along with businessman Kwanele Hlabangana.

The aim of the festival is to allow University Students to be part of those who are telling the Zimbabwean Story and to give growth in the film industry .

The theme of the event was,”Amplifying SDGs through film and Digital Media”.

The festival is hosted at a time when Zimbabwe is about to host it’s annual Zimbabwe International Film Festival.