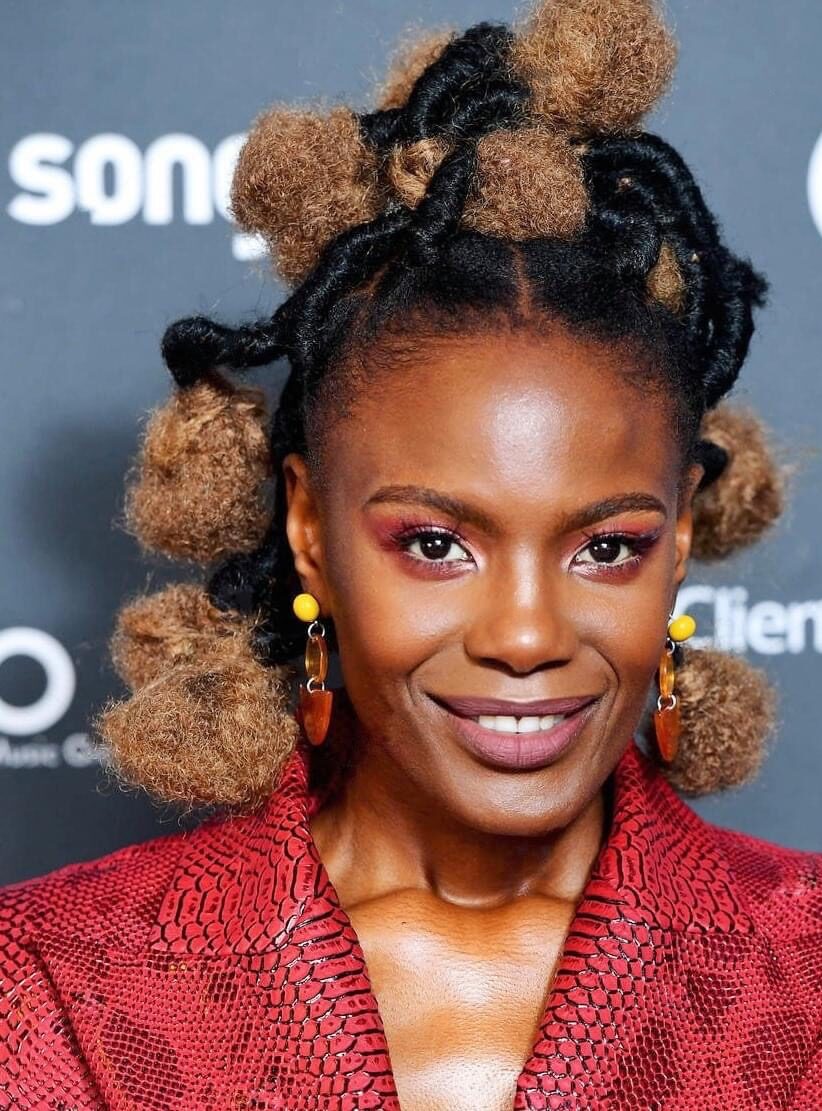 Shingai Shonhiwa is a Zimbabwean British musician born and raised in South London. This publication held an exclusive interview with the collaboration team, Shingai (SS) and Verseless (VL), conducted by Charmaine Brown (CB) concerning their single hit ‘No Fear’ as well as their musical journeys.

No Fear track is a chill dance melody with influence of the South African house subgenre Amapiano. The coming together of Shingai and Verseless has birthed awesome art that holds up the torch internationally highlighting the real African beauty.

CB: Can you begin by telling us a brief history about yourself and when you first got into music

SS: As a baby i used to try so much, that the only one who could bear it was my beloved gogo (grandmother). She would sit with me in front of my mum and say “these are the cries of someone exercising their lungs; she may grow up to be a vocalist one day.” My mum and the whole family went on to be a huge force of supportiveness for my creativeness.

CB: What is your creative process like pertaining to your album ‘Too Bold’?

SS: One of the most inspiring things about working on the album ‘too bold’ was that i got to work with a diverse group of creative collaborators, from producers who were females of various colors, people who had a wider range of music references such as rozo who is a UK- Caribbean based female producer who is my collaborator on wool drums. I got to work with other Zimbabwean artists like my brother kweyi and my sister Chipo sang with me on song titled ‘Tsitsi’. I have also worked with producers like Charlie Kay. It was the group of creative partnerships that made the process such learning care for me and have so much gratitude for the whole process. I was able to zone in a bit more concerning personal lyrics on the album. I am grateful i had to make this album independently with the amazing support from team shingi.im really grateful for having been given the opportunity to create fearlessly as an independent artist. Making too bold was also a bit of reclamation of confidence that happened due to me being in the major label system that was in favorable to artists like me.

CB: I really enjoy ‘No Fear’ song; can you tell us how it went about for you to do that collaboration single with Verseless?

SS: Dean Khumalo who works with Verseless sent me some sketches that Verseless had created at the end of 2019 and the sound was uplifting for me and i was really excited about the collaboration. It was a great opportunity to do that and we loved making videos in Zimbabwe as well as showing people that Zim projects can be not only successful but challenging in the best way but also enjoyable.

CB: I noticed on the song ‘No Fear’ there is the metaphoric art portrayed in it. What can you say about your love for Zimbabwe?

SS: By metaphoric art i believe you are talking about the metaphors in the lyrics such as ‘we are the Wednesday … love me or leave me, you will never break me…’ the metaphoric on the bus is an important part of the song and the campaign. On the bus metaphors represent diverse cultures and clans of Zimbabwe such as Venda people, Shona, Ndebele etc.…metaphoric motives art on the bus would uplift anyone who is in sorrow.in terms of the lyrics, some referred to this relentless sad drive to beat Zimbabwe down in the western media press and unfortunately and Zimbabweans in the diaspora would feel unconfident about the place they call home. I want to remind people that we are children of freedom fighters and we are here to finish the job that our ancestors and our parents fought for which was emancipation.

CB: From the albums you have released so far, which one is your favourite and why?

SS: I don’t have a favorite because as most people say your albums can feel like giving birth feels like a child and it represents a different part of your journey. The great thing about ‘too bold’ is that it really proves for me that one can recreate themselves creatively, spiritually and artistically. Too bold is no smaller foot but is a testimony to be African women.

CB: What inspires you to prove your worth in the music industry even if there is competition?

SS: Too bold it proves that anything is possible, one can recreate, and one can evolve despite whatever challenges that anyone is facing. There is no really thing such as competition, i have been consistent from day one and i have raised the pan-African flag very high. Even if you are a songwriter or a producer, you can still be unique in your own way.

We also shared some moments with Verseless (VL), who is a Zimbabwean music artist and producer concerning his career through the brief interview below:

CB: Can you tell us about your music journey.

VL: My music journey has been one of growth and success. I haven’t positioned myself in the limelight as my music producer side had taken the wheel, pushing artists who I believed in and who i enjoyed working with. The latest release of ‘No Fear’ proves that the narrative changes. I feel people should see and understand my contribution to the music landscape.

CB: What does your stage name ‘Verseless’ reflect?

VL: There are two reasons on that and the first is simple, I’m a terrible writer. I have always found it easy to work with melodies, chords and drums but lyrics are struggle for me. I overthink them. Secondly, I’m quite introverted so i generally prefer that my actions speak rather than my words, as words can come with lies. I want to be seen as a man of action

CB: What was your drive behind producing music?

VL: I’m a music fan and also music addict. I’m very technical in my approach. I always want to find out how people do things. The more music I consume that I enjoy; the more I want to make. They go hand in hand. I also started making music because at one time I listened to instrumental heavy music. The feeling I would get was like no other.

CB: What can you say about the collaboration with Shingai on the single ‘No Fear?’

VL: No fear was a definitive moment for me; I made the leap of faith to essentially take what’s mine. The song speaks to me in that way. The spontaneity of how the project came to be is a moment that most artists go through; you just know it is right. Shingai is a warm soul and we understand each other on that musical spectrum. There will be more vibes, guaranteed.

CB: What skills have you learned that will help you in your singing career as well as being a producer?

VL: Confidence contributes a greater part on that. For a large portion of my career, my confidence was not where it should be. I have grown past the doubts. I know I can now deliver. I had a voice; I was just too afraid to use it. Now I found a way to use it that works for me. This is both for my singing and my production. I’m unapologetically me.