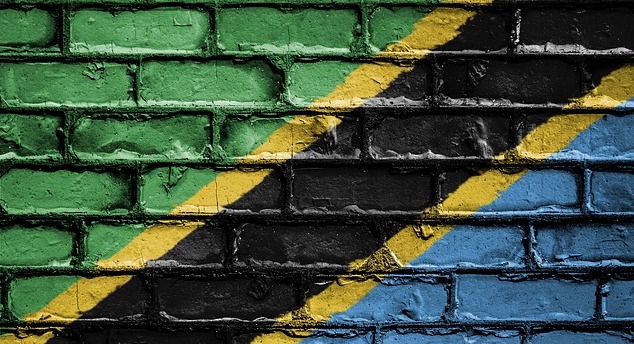 Soon after the announcement of the death of Tanzania’s 5th President, John Magufuli on Wednesday the 17th of March, the Constitution of the country requires the sitting vice-president to take oath of office for presidency.

The sad news was delivered to the public by then vice president Samia Suluhu, who is currently the 6th President of Tanzania.

Madam Samia Suluhu was appointed the 6th President of Tanzania on Friday the 19th of March, as the Constitution of Tanzania stipulates that, when the office of the President becomes vacant due to death.

The vice-president shall be sworn in and become the president until the term ends.

Madam Suluhu was the first female vice president who was appointed in 2015 until 2021 on the 19 the of March on Friday.

She is also the former MP for Makundunchi constituency from 2010-2015, she also holds the position of Minister of state in the Vice President Office for Union Affairs since 2010. Madam Suluhu holds a postgraduate diploma in economics at the University of Manchester I the United Kingdom.

In 2014 served as the vice-chairperson for constitutional assembly which drafted Tanzania’s new constitution. Her predecessor the late Magufuli, since his appointment as president in 2015, only made travel to at least 6 countries and only in AFRICA.

However, Madam Suluhu was the face of Tanzania in diplomatic international and regional meetings. The appointment of H.E Madam Suluhu comes at a time when the Continent has been underfire due to the lack of no female Heads of State.

Currently in Southern Africa Countries that have female politicians who are appointed in some of the most powerful posts are:

Zimbabwe – Minister of Defence and War veterans and Senate Speaker

South Africa – Speaker of Parliament and Minister of Defence

Many are waiting to see if President Madam Suluhu is going to change some of the policies of the late President Magufuli mainly the stance on COVID 19 pandemic, which made the Former Head of state to be a controversial leader especially to the West.

During her ceremonaly appointment, some guests were wearing masks, and, in her speech, she praised the former President Magufuli for his work.