Home>News>Nature/Wildlife/People>Environment>Reflections on the #theAfricanCOP (COP 27): Balancing Adaption, Resilience and Financing 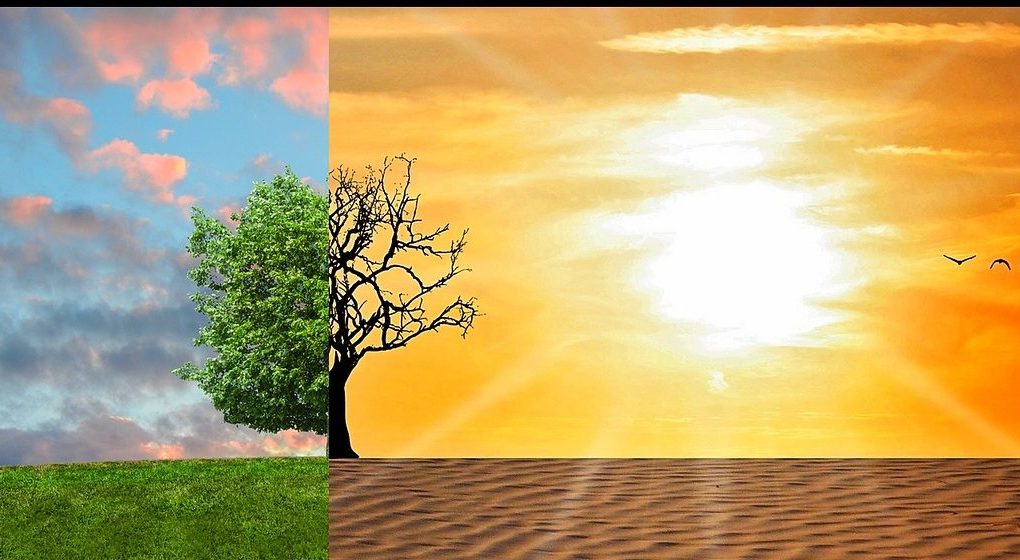 Zimbabwe is a net greenhouse emitter – producing far less emissions than its forests can easily absorb. This, however, did not help save its crop from being fried this season as the country now stares, squarely, at yet another climate change-induced draught. The small southern African country needs climate adaptation. And that, very fast. Like any other developing country, it is having to bear the brunt of the adverse effects of climate change. Its underdeveloped economy spells doom for its populace who will have to look up to donors as the country can ill-afford the financing of the humanitarian crisis it is now facing. Clearly, its agriculture-based economy is not climate resilient. This is something that it is hoping can be improved with greater cooperation with other developing countries across the globe and with fellow African countries in particular.

As the world prepares for the 27th session of the Conference of Parties (COP27) in Egypt later this year it will be hoping for developed countries to honour their commitments from the Paris Agreement to support developing countries’ adaptation and resilience mechanisms to reduce their vulnerability to the climate change. As it is, developed countries failed to fulfill their obligation to deliver USD 100 billion by 2020 for the implementation of mitigation and adaptation actions.  The Committee of African Heads of State and Government on Climate Change (CAHOSCC) at a meeting convened on the February 6, 2022 in preparation for CoP27 noted that Africa is witnessing the worst impact phenomenon associated with global warming such as droughts, floods and cyclones.

Climate change impact is costing African economies between 3% – 5% of their GDP, CAHOSCC stated in a speech presented by then outgoing coordinator President Cyril Ramaphosa of South Africa. Kenya president Uhuru Kenyatta took over the post. COP27, which will be hosted by incoming COP President, Egypt, will be considered to be a success by Zimbabwe and the continent based on how much is done to ensure that Africa moves towards climate resilience by ensuring that its special needs are prioritized. Africa has commendably been balancing its push for adequate financial and technical support with stepping up its contributions to addressing the global climate challenge despite contributing the least to causing the crisis. These include halting and reversing degradation of ecosystems and protecting carbon sinks.

The African Union has since developed the AU Climate Change and Resilient Development Strategy and Action Plan to guide, coordinate and support the Continent’s response to Climate Change for the period 2022-2032. Chairperson of the African Union Commission, Moussa Faki Mahamat commended African countries at the CAHOSCC meeting for moving to domesticate the Paris Agreement. “Africa is engaging itself in domesticating the Paris Agreement which sets an ambitious target by agreeing to hold the increase in the global average temperature to well below 2 °C above pre-industrial levels and to pursue efforts to limit the temperature increase to 1.5 °C above pre-industrial levels,” Mahamat said.

He commended member States for presenting ambitious Nationally Determined Contributions (NDCs) targets. “It is truly gratifying to note that all African countries submitted ambitious targets under their NDCs,” Mahamat said. He said with adequate financial and technical support, member States will be on track to fulfil their commitments and obligations under the Paris agreement.

Green Governance Zimbabwe Trust (GGZT), a community-based organization in Zimbabwe, has been working tirelessly to support the Zimbabwean government in response to the climate change realities and in making the necessary responses. GGZT in 2021 contributed towards the development of the NDCs, in the youth consultations that the country will use to address climate change as spelt out in the Paris Agreement. These have since been finalised and made into a policy document which should be adopted and mainstreamed across public and private sector economic activities. GGZT also plans to embark in the process of NDCs policy awareness to ensure that everyone supports them.

It has however not been all positive with regards to government’s efforts. In August 2019, the government of Zimbabwe developed the renewable energy policy which lays out guidelines for Promoting Investment in Renewable Energy, Procurement Mechanisms for Renewable Energy in Zimbabwe, Promoting Off-grid Technologies and Other Clean Energy Solutions in Zimbabwe and Promote Local Manufacturing of Renewable Energy Technologies. If implemented well, the renewable energy policy would contribute towards climate change mitigation. The government implemented retrogressive energy solutions in recent years through coal production at the expense of the renewable energy agenda. Otherwise, there is need to continue working especially on promoting climate finance mechanisms towards green energy transition.

The financing models to support green energy transition, innovation and even awareness are not clear therefore there needs to be a policy lobbying for governments, bi-lateral partners and private sector on the direction that should be taken to ensure that deliberate steps are taken. This is expected to be one of the major issues at COP27 as Africa continues to push balance between Mitigation, Adaptation and Finance as had been agreed in Paris whose obligations are yet to be made and may continue to be a challenge in the face of the impact of Covid-19 and now the Russian invasion of Ukraine which has adversely affected the global economy.