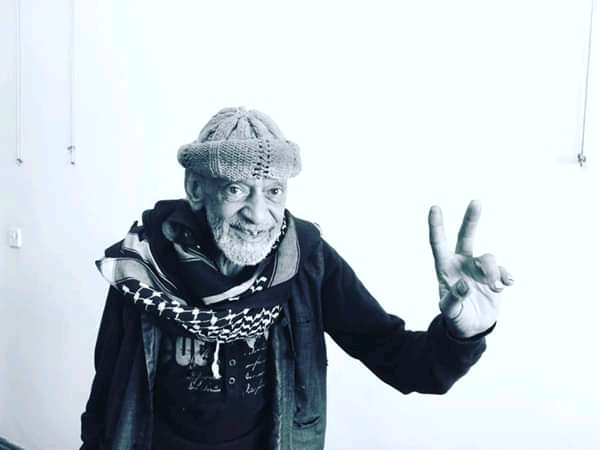 The death of Zimbabwe’s Icon, Visual artist, Rashid M. Jogee (70), came as shocking news to the art industry when the National Art Gallery of Bulawayo announced it on social media.

He described the late Rashid Jogee as a ‘Master at His Work’.

“I first met Rashid Jogee in 1992 or is it 1993 am no longer sure but a French Film company was filming an excerpt of a play called ‘Township Poverty.”

“Rashid was asked to do the backdrop of the set. It was a backdrop of mosquitoes. He cut a potato inside into some mosquito shape, then dipping that into the paint. He started stamping mosquitos on the backdrop. We were amazed,” posted Baya.

On the other hand Visual Arts Association Of Bulawayo member, George Masaria also paid his tribute to the King of Visual Art.

He posted a summary, obituary of Rashid Jogee at the Visual Arts Association of Bulawayo.

Rashid was born in Bulawayo his family descended from India.

At the age of 19, he started his journey in the art painting industry; he then enrolled at the Polytechnic College in Bulawayo where he obtained a diploma in Applied Arts and Craft.

He was also a teacher at the Mzilikazi Arts and Craft Center.

He had over 48 exhibitions in Zimbabwe as well as abroad in countries such as South Africa, Denmark, Sweden, and Mozambique among others.

In 1990, the former late President Mugabe’s granted him the Presidential Award of Excellence for his influence at the outstanding dedication of the development of the visual arts in Zimbabwe.

Visual Artists Association of Bulawayo (VAAB) interim chairperson, George Masarira also described the late Jogee as a person who believed in the philosophy of ubuntu.

“To Jogee, art contributes solutions to social problems and is illustrative of the interdependence of the African peoples for survival. He is a devotee to the Ubuntu philosophy that says a person exists because of people .”

Even though he has gone to the surface of the world, his work still lives on.

A me!orial service was  held on the 5th of March on honour of the departed visual artists and all Covid 19 regulations were observed .

The services was broadcasted live at the National Bulawayo Arts Gallery’s Facebook page and at CITEzw Facebook page.