Home>Featured>Marikana Massacre to be commemorated in theater this August 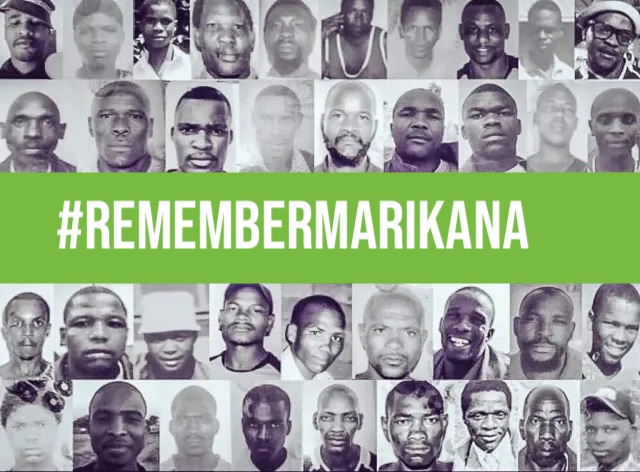 August marks the 10th anniversary of the Marikana massacre when 34 protesting mineworkers were killed by the police in 2012.

In commemorating the incident acclaimed, Marikana-The musical theatre production will be at the South African State theater from 02-28 of August 2022.

Part of the casting performing are Meshack Mavuso-Magabane, Aubrey Poo, Siyasanga Papu, Emma Mmekwa, Mpho McKenzie Matome they will be part of 40 members cast and 13-piece band in unleasing a blow-by blow account of the events that led to the loss of 34 lives at the hands of the police and the miners during the massacre period.

Marikana-The Musical marks Marikana Massacre decade play was written and directed by Aubrey Sekhabi and was adapted from the book, ‘We are going to kill each other Today’.

The story will look at the lives of miners and family of the Marikana miners.

On the 16th of August a decade ago police, opened fire on a crowd of protesting mineworkers who were demanding a wage increase from Lonmin platinum mine in Marikana killing 34 mine workers.

The Event has been described as the biggest incident of police brutality suffered under apartheid security police.

The government of South Africa has been blamed for not holding on their promise on developing Marikana or the rights of mine workers.

Tickets of the show are sold at South Africa Soweto theater at a price of 150 rands.