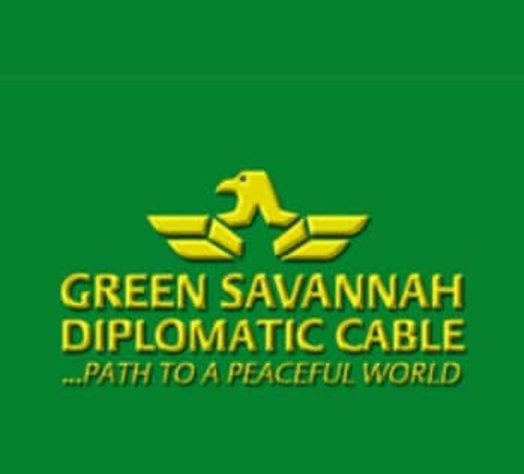 He was a former Editor of Newspeg Newspaper and pioneer Editor of Central Post Newspaper in Nigeria before he resigned to work as the Personal Assistant to Nigerian Ambassador in the Netherlands.

After the tenure of his boss, he joined Diplomatic Magazine, Netherlands as the pioneer West Africa Editor. In 2017, he floated Green Savannah Diplomatic Cable, an international online magazine and his online magazine are known in many African countries and has featured professionals doing remarkable things within and outside the continent.

Sunday is also the African Director of iSubsahara Magazine, Canada.

His deep concern for money ritual killings in Nigeria made him to start End Ritual Killings Campaign with #Ngloryback. The campaign aims at making the youth of Nigeria understand that only hard work can take them to the top and not money rituals.

The campaign is also to redeem the image of Nigeria that has been labelled “Haven of Ritual Killers” in the international community.

SS: When I ‘met’ you, you told me of a stereotype about Zimbabwe that we are so poor and you were shocked at how well dressed the women are.  How important is telling our authentic stories as Africans to beat stereotypes?

SO: First, let me say that Zimbabwe’s economy might be poor, but Zimbabweans are great people and intellectually rich. I have hundreds of Zimbabwean friends at home and abroad.  Yes, it is true that your economy is bad, but that doesn’t reflect in the way your women dress. It might also be because those I interact with most times live in urban areas. But, to answer you, it’s important to tell our stories as Africans to avoid reported speech by people who have never experienced our struggle.

SS: Did you always know that you would be making waves in the journalism industry?

SO: I always loved writing as a teenager; even my mother who had no formal western education noticed that in me as a small boy. I made attempts of writing novels as a boy. Let me also tell you something about myself, I rarely watch movies or football, my life revolves around writing, watching or listening to news. Making waves?  I see myself as a journalist, not as a super star. I hate any form of arrogance. However, I feel fulfilled any time I impact positively on others.

SS: How important is it to monetize the industry of writing which many see as hobbies?

SO: Lol. Some are naturally gifted in writing; some acquired the knowledge through stages of education. From any angle you look at it, writing is a skill that should be monetized. Some of us live on writing, so if you are just doing everything for free, how will the writer survive? Other professionals are monetizing their skills, why not writers?

SS: What vision do you have of Africa? How does a unified and emancipated Africa look like?

SS: What are your values?

SO: I value integrity, love, honesty, respect for my fellow human being and God

SS: Any African leader you admire and why?

SO: You should have also asked me the leaders I don’t like because some of the so-called leaders in Africa are looters and not leader in the real sense of it. But to answer your question, I admire Paul Kagame of Rwanda. From what could be called “ruins”, he has been able to rebuild his country. Today, a country which fought a bitter war in 1994 has become the pride of Africa because of his leadership style, while many of African countries are struggling to survive due to bad leadership

SS: You work with many women and on many women’s projects. How important is women’s liberation to you as a person?

SO: I believe women should be given all the freedom in this world to express themselves. I have been doing this in practical terms. If you look at my magazine (Green Savannah Diplomatic Cable) more than 80 percent of the people I have featured so far are women.

SS: You have covered many political stories in various countries including Zimbabwe. How do you deal with backlash?

SO: I don’t really care much about backlash. My goal is to make the world a better place and the only way to do that is to be fearless. The challenges facing Zimbabwe is similar to that of my country, bad leadership. We must all join hands to make Africa a better place. With all our human and natural resources, we are not supposed to be in this sorry state.

SS: It’s said Africa is the richest continental yet the poorest. What could be the reason and the solution to that?

SO: Bad leadership and corruption. We need new crop of leaders who are ready to write their names in gold and not old corrupt leaders.

SS: What are your personal aspirations?

SO: To put smiles on the faces of people across the globe, and to be counted among those who will make the world a better place. We should not live for self only.

SS: Thank you for your time, Sunday.

SO: My pleasure sister Sympathy.