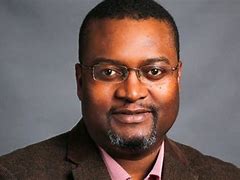 Prominent UK-based Zimbabwean academic and lawyer, Alex Tawanda Magaisa has died. Reports state that he passed away this morning from cardiac arrest while admitted at Margate Hospital in the United Kingdom.

“I can confirm that Alex is no more, but I can’t talk much right now, ” Levy said

Former Education Minister and CCC Treasurer General David Coltart tweeted: “I am gutted by the news that Alex #Magaisa @Wamagaisa has died suddenly. He was an intellectual giant, a superb patriot & a great democrat. Alex’s sober analysis explained the truth of #Zimbabwe in a way few have been able to do. Alex was also a good friend & colleague. RIP Alex.”

Magaisa was a United Kingdom based Zimbabwean academic and lecturer of law at the Kent Law School of the University of Kent. He served as the Advisor of the then Prime Minister of Zimbabwe Morgan Tsvangirai from 2012-2013.