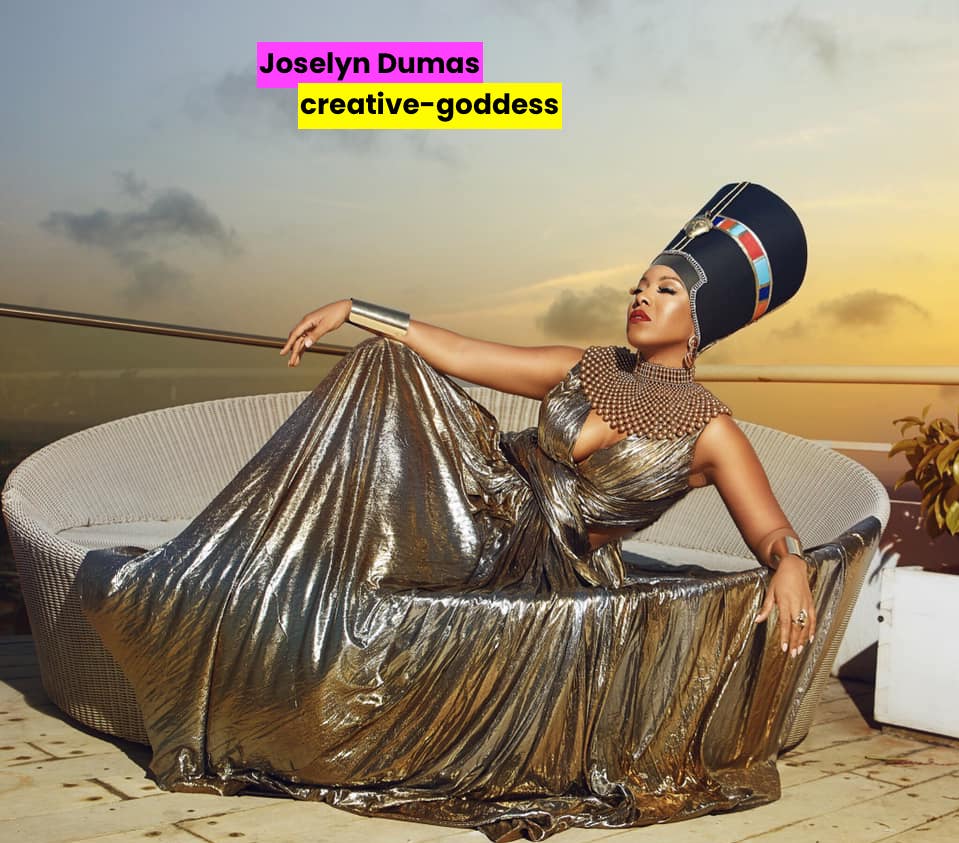 Joselyn Dumas is a Ghanaian television host and actress admired by millions of youths globally.

Born in Ghana, Joselyn Canfor-Dumas spent her early youth in Accra, Ghana. She had her basic education at Morning Star School and proceeded to the Archbishop Porter Girls High School where she became the Entertainment Prefect. Dumas advanced her studies in the United States where she studied to make a Degree in Administrative Law.

Dumas worked with a Law firm as a Paralegal for a few years before following her desire for film AND television. In 2009 she got employed by one of the biggest networks in Ghana namely  Viasat 1 to anchor their first ever-own produced leading talk shows “the One Show” which she hosted from 2011 to 2014.

She also made her debut on Television as the host of Charter House’s Rhythmz, an entertainment show, which saw her interview many personalities.

With an energetic personality, Joselyn landed her first role as a minor character in Sparrow Productions’ A Perfect Picture. Her role in Perfect Picture made an eternal impression on the director which led to succeeding key roles in other movies. Her big break came two years later in the Shirley Frimpong-Manso film series Adams Apples. The role of “Jennifer Adams” in Adams Apples got her nominated for Best Actress in a lead role together with Hollywood Actress Kimberly Elise at the2011 Ghana Movie Awards. Ever since her fan base grew, Joselyn Dumas has become a household name.

She has played key roles in movies and series such as A Northern Affair, Lekki Wives a Sting in a Tale, and Perfect Picture. She has featured alongside some of Africa’s best Actors like Ukeje of Nigeria, John Dumelo, Majid Michel of Ghana.

Dumas co-produced one of the most prestigious beauty pageants in Ghana, Miss Malaika Ghana from 2008 to 2010. She is also the founder and CEO of Virgo Sun Company Limited, a production company which under her directorship, produced its first movie Love or Something Like that, authorized by the UNAIDS.

Besides being in the film industry, she has also been involved in the music sector and off late Dumas featured as the bride in Lynxx’s hit song “Fine Lady” featuring Wizkid.

When it comes to styling her curves, Dumas makes all the right fashion choices whether she is making red carpet rounds at the flashiest events or stepping out on shopping, her style is a mix of classiness and modernity as she wears only the fashions that compliment her curves.

With the belief of giving back to society especially where children are concerned, Dumas has a passion for philanthropic work which led to the establishment of The Joselyn Canfor-Dumas Foundation (JCDF) that assists in addressing the needs of vulnerable children from all backgrounds and regions of Ghana.  Dumas also believe that humanitarianism means contributing positively to society, even when no one is watching.

She has won several awards and her recent awards include the 2018 Best Actress – International Achievement and Recognition Awards (IARAs), and Best Actress Africa at the Toronto International Nollywood Film Festival (TINFF) and nominated at the British Urban Film Festival alongside Hollywood Actor Omari Hardwick.She is currently the Brand ambassador of Range Rover Evoque Ghana and Jobberman Ghana, a jobs advertisement company according to Wikipedia.