Home>Opinion>Book Review: Beneath The African Sun 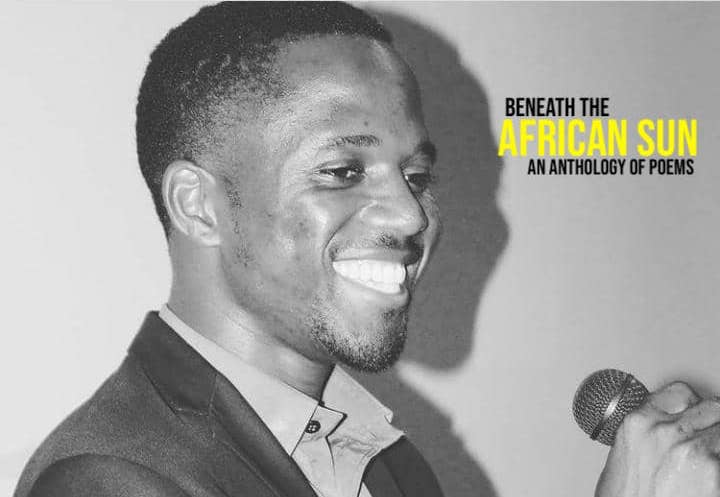 Books are a legacy and it is said poets like cats have nine lives. In an interview with the author of a thought provoking anthology titled Beneath the African sun, his motive is to encourage humanity to think beyond the obvious and dig into the reserves of their minds in order to question their reality. The poet puts a balance between Patriotism, Pan Africanism and Realism as he moves in a wavy use of words in his various poetry that can also he referred to as prose.

The debut poem, To the waving flag, introduces us to the visual imagery of what makes the poet ‘…pump pride in my heart’s tank and the plea to others to have the same pride in the flag that symbolises heritage. The powerful words are written in one of the stanzas with this plea:

“It wiggles in my thoughts of love its profound symbols I behove for my blood bleeds black Green, yellow the sweat I make If I succumb the hallowed tunnel Wrap me up in that flicking flag”

The futility of life is highlighted in the poem, The unknown Citizen ,here Energy takes the role of the strong voice of the voiceless embodying a population forgotten by many ,ironically being the multitude. Those that toil day and night to achieve dreams which are Infact hopeless dreams. In this poem, is a cry for those in positions of power to serve people by affording them sweat’s reward. This poem is apolitical and points to every leader be it ecumenical, business or national to put the needs of its citizens as a priority.

The language use of the poet in all the poems rages from simplex to complex with a target audience also ranging from those who understand simple words to those whose mind streams allow them to decode symbols and visions like the biblical Daniel. This is an anthology one can enjoy with children and the elderly alike.

The poem, Unschool me, reminded me of Ngugi wa Thiong’o’s Decolonising the mind. The poet spits on what colonisation brought as a way of making the African ‘better’ yet in reality destroying deep rooted identity. While Ngugi uses the term decolonisation, Energy uses the term Unschool which both are a cry to celebrate what makes us –us before adopting Western ‘dogshit or excuse my language dogma!’

Some of the poems are a dedication to his family which can mean a lot to them ,I found the poems to Aunty Joy , Extra Sonnet and Uncle Wisdom as something the author’s relations would enjoy and to be a representation for me and you to dedicate to our own kin whose reality is close to that exuded herein. They paint a micro dedication to the macro of existence.

What I enjoyed the most in this anthology were a few poems dedicated to make the reader laugh but having didactic tenets. Take for example the poem Epitaph:

‘Here lays a great swimmer, Who drowned to death, In shallow waters of kachasu’

What remains to be seen is whether Energy Mavaza has the tenacity to keep churning such heart-warming poetry. If it were up to me, I would need all the poetry in this anthology to have an audio version that I can play as I take my long stressful journeys Beneath the African Sun.