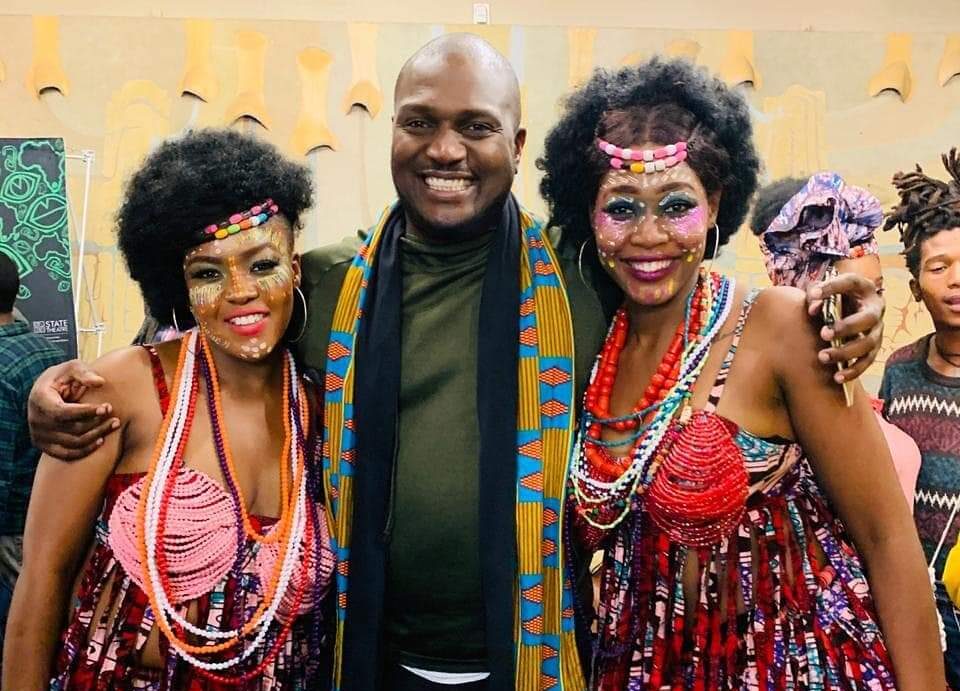 “I have never seen my life as a journey but a series of events. Now that I look back I can see how I always gravitated towards my destiny-the entertainment industry and yes it has been a long winding journey,” revealed the talented Tonderai Chiyindiko in an exclusive interview with My Afrika magazine.

Tonderai Chiyindiko is a Zimbabwean actor and model currently making appearances on some South African leading soapies –The Queen and Uzalo. His characters reveal his versatility and talent as he portrays both a doctor in the former and Congo, a fraudster in the latter.

He owes part of his success to his Primary school teacher at Sunningdale 2 school who cast him for a role in the Christmas play aired on the national television for two consecutive years.

“Our school was selected to do the national Christmas play and all I wanted to do was act as Joseph because I had a crush on the girl acting as Mary, but well I was selected as Herod. Zimbabwe Broadcasting Corporation(ZBC) would do the recording and even though I had a few lines, I gave it my all and watching that with my family made me into the family celebrity” he said.

As a hindrance faced by many people in the country who choose the creative space, Tonderai also argued with his parents on the career path to choose. He wanted to pursue a Journalism Diploma so he could be a radio DJ like what Witness Matema and other DJs were doing while his parents pushed for a University degree.

“As fate would have it while at the University of Zimbabwe I was one of the few students selected to do a degree in Theatre Arts which set me firmly on my path to becoming an actor. I was involved in a huge PSI campaign that introduced me to the world of seeing my face on billboards, Television, newspapers and other media. The campaign was a great success and opened other acting opportunities for me,” Tonderai explained.

He later acted in some theatre productions done by Rooftop productions rubbing shoulders with actors like Sandra Ndebele and Joyce Mpofu. Similarly, he had a short stint with Studio 263 as a replacement for Jabulani Jari, before leaving the country for South Africa.

“In 2008, I felt I had reached my pinnacle in the country and relocated to South Africa where I started out as a cab driver until I got a scholarship to study a Masters in Applied Drama at WITS University throwing back into the acting space”

Chiyindiko recalls how he had to travel long distances to go for auditions landing a role on the original Generations, Broken Vows and Isithembiso.

He has stayed the course as he continues to grace the screens with his undeniable talent, currently on The Queen and on Uzalo and working towards even greater platforms. Asked on what philosophy he lives by he said:

“There are no small roles, there are only small actors, when the camera is focused on you, give it your all and that how I take each role”

Tonderai Chiyindiko continues to take each role with pride. It’s a long journey since his cast as Herod in Primary school but that seed sown in him by his teacher continues to grow and inspire viewers from all walks of life.