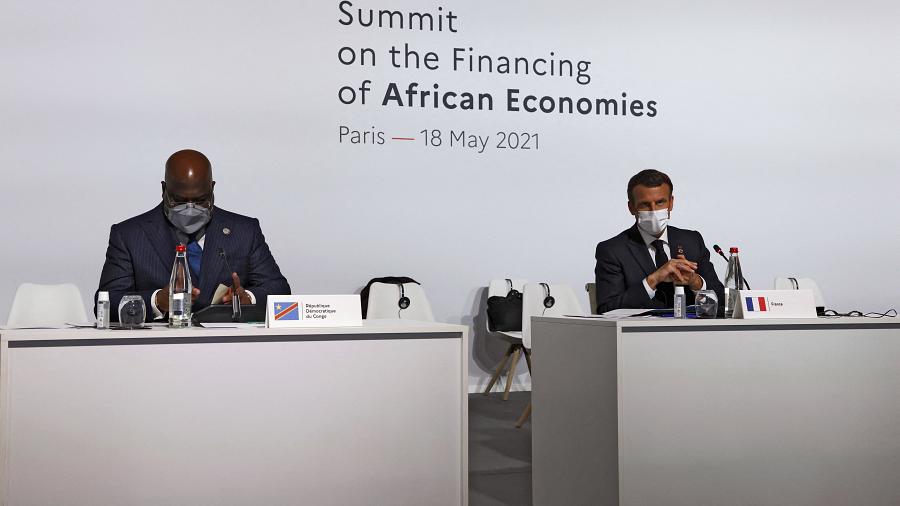 “The New Deal we are launching for today, for Africa and through Africa, I will, I think, be the first of its Kind..,” President Emmanuel Macron.

Addressing the press after the Paris Africa Summit, which began on the 18th of May.

Which was hosted by French President, Emmanuel Macron as he hosted more than 30 African leaders and International Monetary Fund (IMF) and The World Bank leaders as delegates of the summit.

President Macron further, informed the media that during the summit, African leaders were given an opportunity to make decisions on their own.

Without the influence of other guests in the summit, towards decision making.

African leaders have been criticised in the past for applying influenced decisions which might have been contributed by leaders from other continents.

“The was clear consensus around the table that we need to rethink our mechanisms, redesign our mechanisms and let the Africans speak for themselves and find mechanisms that are more adaptive macroeconomic realities and to do on the African continent what we ourselves do,”said President Macron.

The African Union Chairperson and DRC President was among other African leaders who praised the French President, for the support that he and his nation provided to the continent.

President Emmanuel Macron since he was sworn into office as President, he has played a major role in Africa’s poitics especially in the Sahel region.

In fighting the Islamic terrorists in the East and Western Region of Africa.

However, France is not the only country, in the world which is reaching out in assisting Africa’s economy.

America and China are the biggest investors in the continent.