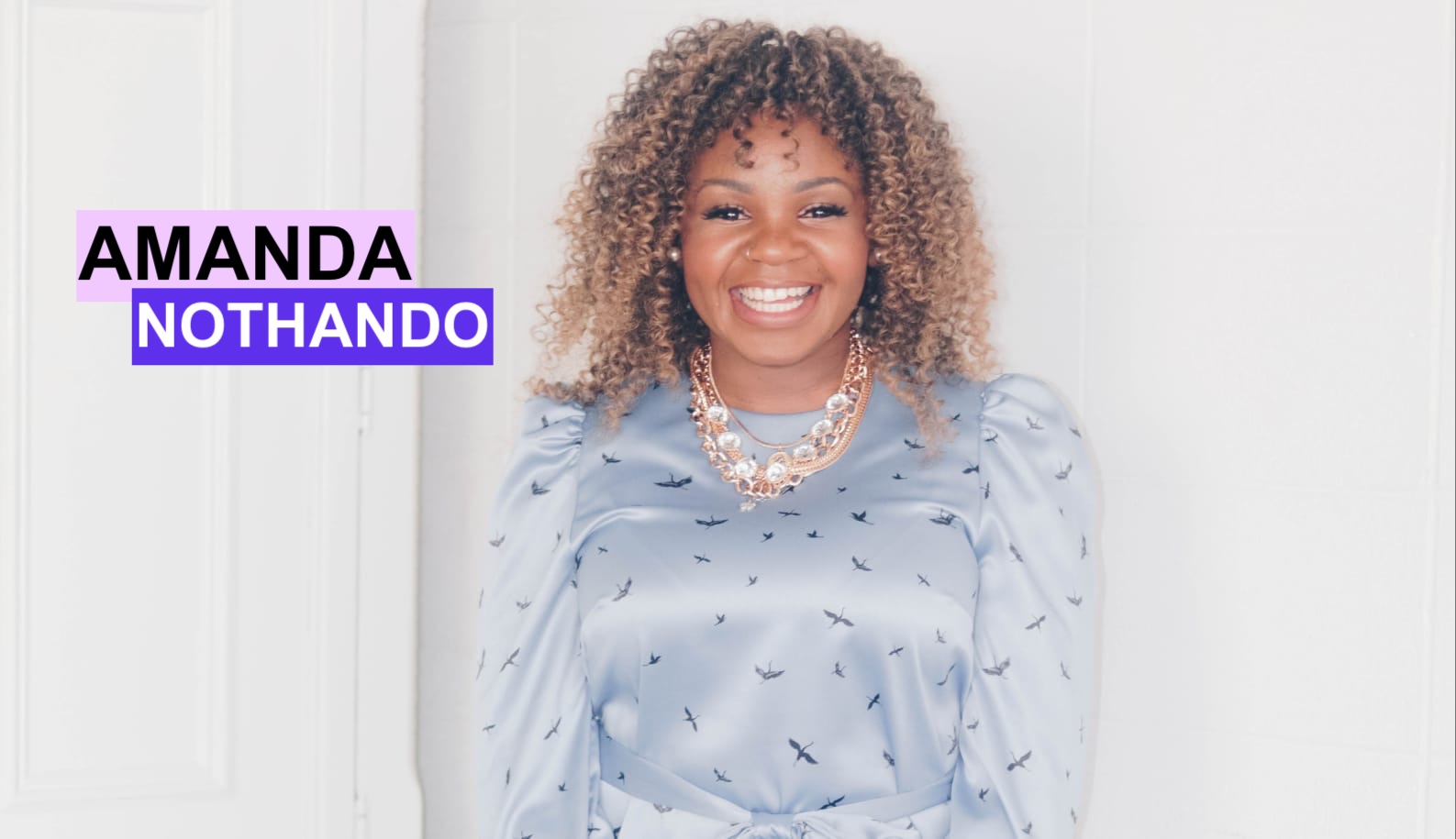 Zimbabwean-Canadian based filmmaker Amanda Nothando recently won the Canada Shorts Film Festival award of ‘Honorable Mention.’  Amanda Nothando is known as an ambitious vibrant motivational international innovator who ignites dreams as well as an established voice in the creative arts and literary world.

This publication’s journalist Charmaine Brown (CB) had an exclusive interview with Amanda Nothando (AN)pertaining the award as well as her career in the film industry.

CB: How is the feeling of being recognized as ‘Honorable Mention’ at the Canada Shorts Film Festival?

AN: Okay let me start by telling you that I’m not well versed with celebrating my own wins, be it big or small. I know the Word says never despise humble beginnings but if you grew up in the environment I grew up in, filled with so much competition, with close to no support of the business from the people that matter the most, you always feel like you’re not doing good enough and feel the need to prove yourself at all times. You feel like you have to set the bar way up there. So, with that being said, I’ve since learnt to celebrate every type, size, form of win and I can honestly say I am truly honored. Being recognized by your own community is one thing but being recognized by a whole different culture is truly humbling.

CB: Can you tell us about yourself and how you got into the filming industry.

AN: Hmmm let me try to make this short and sweet because once I start writing I can’t stop. I am a Zimbabwean-born Canadian multi-Award Winner, Script Writer, Actor, Talk Show Host, Radio Personality, Film Producer and Director. I began acting at the age of 12, wrote my first script at the age of 15 (just for fun), then got into the film industry in 2015 when I wrote my first professional armature script (I’d say) which I acted in and directed. From then on, I decided to go study Theatre so as to get myself around memorizing my lines. After getting a lead role among other talented actors, for a good 90mins on the stage that I’d once said, “if ever I act on this particular stage, I’d have made it,” I figured I wasn’t so bad after all you know LOL. At that moment I established my own talk show known as the Amanda Nothando Show which streams on Play Afrika TV so as to get used to being on screen. From then on, I was ready to go with my dream and began looking for agencies to represent me and get me gigs to learn from other talented filmmakers. The rest is History.

CB: What stimulated you to come up with the film ‘ Morning Mr Barry?’

AN: Fun fact, I wasn’t the one who came up with it. Actually, it was a friend who I had made from my armature film that she had auditioned for to act in it, who felt inspired by the fact that I had written my own film out of my own creativity without any writing academic background. So, she asked if I could produce it for her and help her with auditioning the cast and crew the same way I had done with my initial film. This was actually the second of her short films that I produced.

CB: Are there any other things that didn’t work out well during the production process of the film?

AN: OMG! I will tell you that we almost gave up on the project because of lack of financial support. Keep in mind we had done all our projects out of our own pockets. We initially did this film back in 2016, got it edited by a student editor shortly after filming, but we didn’t have the financial backup to find anyone to score it for us, which was the final stage. I tried to get a friend to help voluntarily but unfortunately, they did not deliver in silence. I then went on to find another friend who was willing to help voluntarily based out of Turkey but the only issue that kind of made me comfortable was the fact that they were not filmmakers but more into music. I believe those are totally two different beasts from experience of a flopped film prior to this one, when we had a photographer took on the role of a cinematographer and we weren’t checking throughout the shoot because we trusted our crew like that. So basically, it took me five years to find that one person who just did it for me, with filmmaking background. Just that small thing had made us give up on sharing such a beautiful story romantic comedy.

CB: What was the most important lesson you had to learn that has had a positive effect on your film?

AN: Never to assume that being in the entertainment industry means you know every role e.g., photographers taking on cinematography roles, music producers taking on filmmaking roles. From my experience it has been recipe for disaster. That is why we have almost five plus minutes on all Hollywood films for a reason. Every role has its own master and that we can’t do it all by ourselves anyway.

AN: I would say better character development because with a lot of the Zimbabwean film industry the characters always stay the same; we need more growth in the characters.

CB: What makes a film great for you? Are there certain qualities that make a film better for you?

AN: Simply a good unpredictable storyline, followed by talented actors, then good picture quality. That’s it!

CB: Last but not least, what advice would you give to someone who wanted to have a life creating film?

AN: If there’s anything this industry has taught me is the power of patience, networking and humility! Yes, I totally understand there are quite a couple of overnight success stories, but actually how many are they? Continue studying to understand the craft, talent can take you far but learning on top of it can take you further. Lastly, never ever do it for the money because you might get disappointed, volunteer as much as you can, enjoy the journey and create on. If you’re a believer like me, I’d end by saying “do your best at creating what God has put on the inside of you and let Him do the rest.” Never compromise your values when it comes to filmmaking.