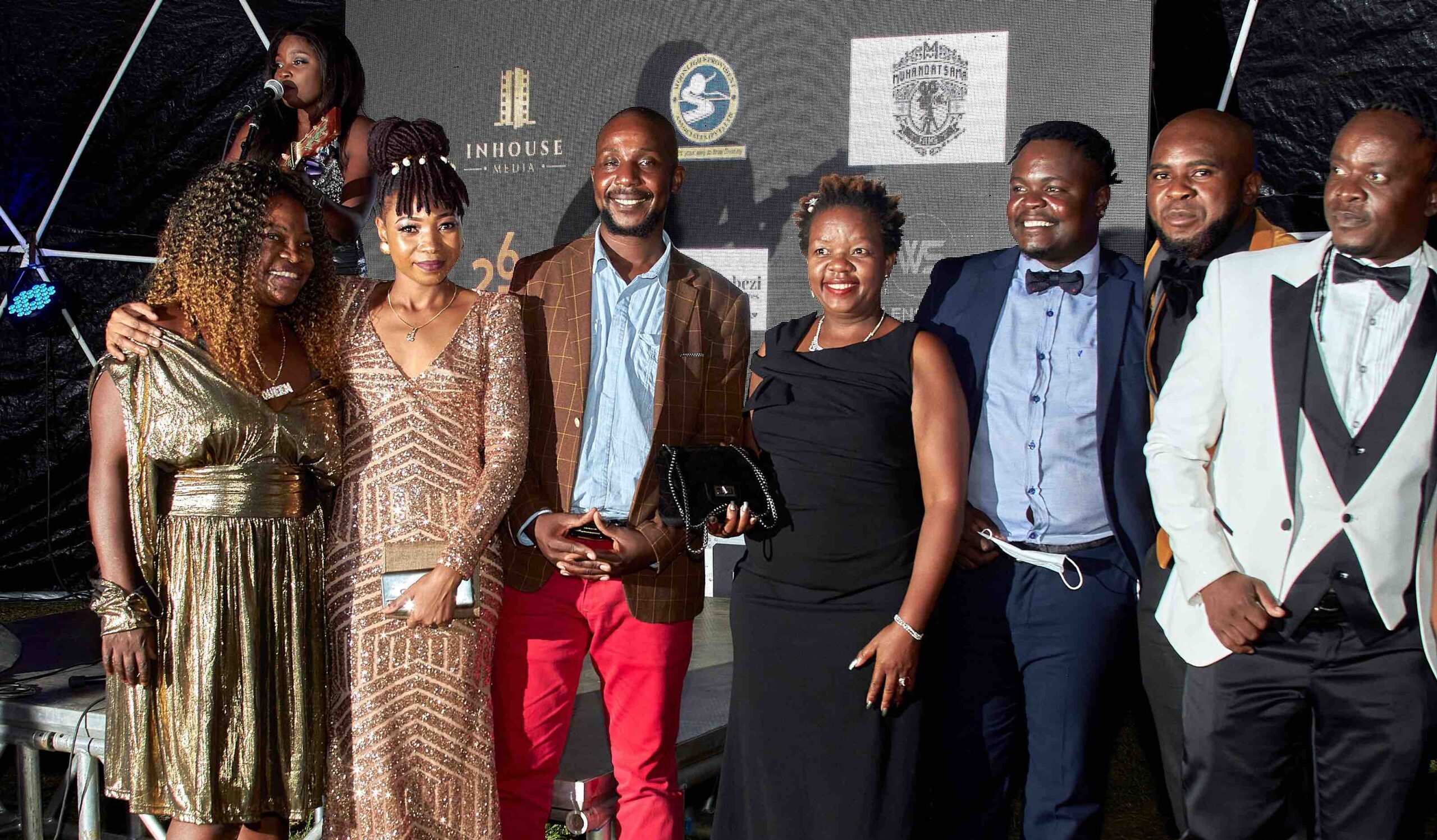 The event was conducted following Covid-19 guidelines with limited members which included of course, the producers, scriptwriter, actors, event partners, National Arts Council as well as the guest of honor, from the Ministry of Youth, Sport, Arts and Recreation, Hon. Kirsty Coventry.

At the event, three episodes were premiered which included episodes one, two and the 14, as a way to tease the story in the series.

The main theme of the drama is about the on-going global situation of coronavirus whereby it was produced during the pandemic, and it emulates what is going on in Zimbabwe during Covid-19 situations within families and funeral procedures.

Speaking at the official launch, Chisara Series scriptwriter Timothy Mukandatsama said this was his first project and they are still trying to communicate with Multichoice so that the series can be screened there.

“I did not think the script was going to be good because this was my first project and many thanks to my late brother Charles who believed in me because I had a degree in accounting so people would not believe I would make it in film but here I am feeling honored and jovial.”

“We are planning for Season Two because so far we only shot the first season, and we are still trying to talk with DSTV so that the series can be screened there. We are striving to make our series an international drama so that everyone worldwide can emulate the Covid-19 situations that are going on in Zimbabwe from wherever they are,” he said.

On behalf of Minister Coventry, a member from the Ministry of Youth, Sport, Arts and Recreation read the speech in which she said that we need to start selling the Zimbabwean brand of resilience.

” As the Ministry responsible for the Cultural and creative industry (film included), we are excited about this year’s edition of ZIFF as it seeks to celebrate our stories. This is also similar to what our President His Excellency Dr E.D Mnangagwa said at the just ended ARIPO @40 function in Victoria Falls, where he urged filmmakers and creatives like yourselves, to tell our original Zimbabwean stories, being proud and imaginative about our future. We need to start selling the Zimbabwean brand of resilience for the world to learn and understand us,” said Minister Coventry.

She also said there is need for joint efforts in addressing the funding challenges that the sector is facing.

“My plea to fellow Zimbabweans is for us to collectively join hands with Government and help fund the arts sector. The Ministry is in the process of establishing the Arts Development Fund which will be administered by the National Arts Council. It is my wish that local broadcasters offer lucrative partnerships to local producers and production houses to avoid losing the creative minds to favorable regional and global markets,” said Minister Coventry.

National Arts Council of Zimbabwe assistant director Barbara Gotora said they are looking forward to creating a film policy which will guide all programs.

“We are looking forward to creating a policy for the sector which will address value chain, covering production, marketing and distribution. The policy will cover gaps that are limiting the outputs of films in Zimbabwe and provide further impetus for Zimbabwean films to be on global platforms and markets such as Netflix which is deriving value for both artists and the country,” she said.

One of the lead actresses in the series, born Elizabeth Majongwe who is Mai Chisara in the drama said she enjoys filming because it is her stress reliever.

“When I was approached to act Chisara, I was told my role has some kissing and touching but however as someone who is passionate in acting that was nothing for me because that it what acting is about. I was empowered by Sharon Stone to venture into various film role characters. I have been a widow for 10 years, so I relieve my stress through filming, and I really enjoy my acting because some of the things occur in my life which is great,” she said.

Charles Muzemba who is known as Bamkuru in the drama said it is always an honor to be called to take part in such programs. He also said Chisara was an adventure to him as he enjoyed enganging with several actors that he usually saw in other films.

Lorraine an actress on Chisara said her brutal manner in films comes from her military background.

” Many people question my real character in life with that on Chisara, yes I act in a brutal manner but at home I am a chilled person but that’s who I am actually because the acting that I do in films come from my military background, so I am exposed to such manners,” said Lorraine.

The premiere night was also made alive by the musical brilliance from Evie Manhanda’s beautiful voice and acoustic guitar excellence. The event was also supported by Kuva Local and their alcohol brand, Koovha Beverages who made sure drinks were available for the guests. Runa Cup together with Hungwe travels also came in to support, giving the Chisara ladies some gifts as a way to celebrate them.

The drama series will either be shown exclusively on Play Afrika TV end of December or beginning of January 2022. 263 Africa Media, the executive producers of the series also plan on having the series showcased in other private and public spaces. Details on that to be shared soon.

“We are planning on many other private and public viewing events and also opportunities to support our cast, as a way to celebrate their talent, in a less forgiving environment towards the creatives.” shared Nico Abote

The Chisara Drama Series is the first PlayAfrikaTV Original done in collaboration with InHouse Media, Mukandatsama Films, and Zambezi Motion Pictures. The are looking into producing more films and shows soon.