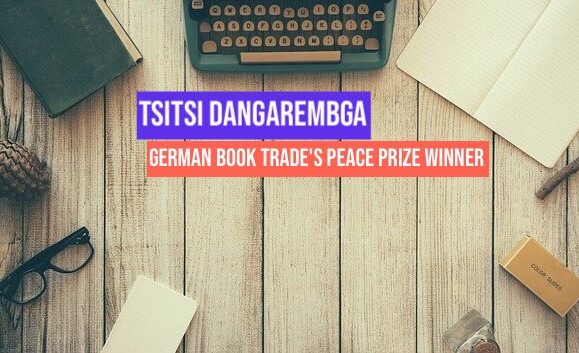 Dangarembga is the first black woman to win the prize which is endowed with 25,000 euros .The award was created in 1950.

In a statement on Monday, German Publishers and Booksellers Association jury said Dangarembga is generally an audible voice of Africa in modern literature.

“Dangarembga combines inimitable storytelling with a universally compelling perspective in a body of work that has made her not only one of the most important artists in her native land, but also a popular and widely-recognized voice of Africa in contemporary literature,” said the jury.

She has also been awarded the PEN Pinter Prize and the PEN International Award for Freedom of Expression this year.

Dangarembga’s works include the bestselling novel, “Nervous Conditions.” The novel was the first book written by a black woman to be published in English outside Zimbabwe.

She was also shortlisted for the Booker Prize last year with “This Mournable Body”, which is the third novel in a trilogy portraying a woman in different phases of her life, from her youth to middle ages- stories representing the struggle for female self-rule in Zimbabwe.

On the other note, Dangarembga is the female behind the script for the highest grossing Zimbabwean film Neria (1993).She also directed her own documentaries and feature films including Everyone’s Child (1996), which was the first feature film directed by a black Zimbabwean woman.

The award ceremony for the Peace Prize of the German Book Trade will take place on 24 October 2021, in Frankfurt.