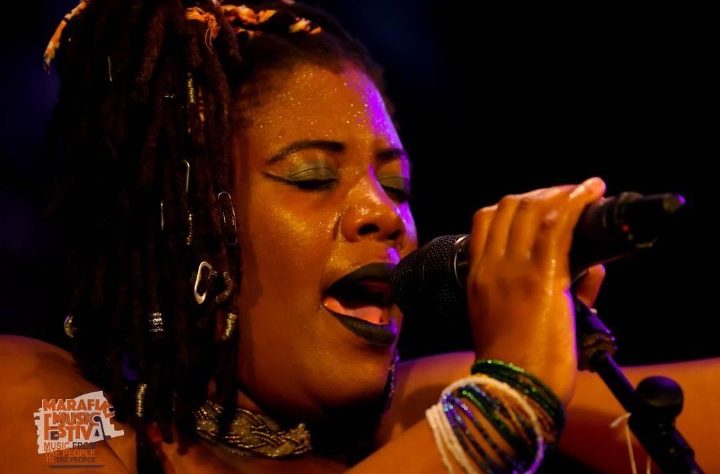 An integral part of Zimbabwean music, the Mbira is one of Africa’s finest percussion instruments and you can immerse yourself in music with Mbira elements.

The recent BET Awards revealed the ode to African music and how the Mbira musical instrument from Zimbabwe was a key feature.

Queen Nasibo is one of Zimbabwe’s finest musical exports and her music addresses issues that affect society and she takes pride in being a gender, social and cultural activist.

Nasibo’s discography features songs such as Tsimba, Hondo, Zaruwe, and Moto. Many people who love the legend Oliver Mtukudzi also like Nasibo’s music.

The Zaruwe singer is also a trainer at Afrikera arts Trust – an organization that promotes the professional exhibition and training in Performing Arts Disciplines, with her main focus on African voice training and traditional Zimbabwean dance.

“This being my first time here, I am already thinking of coming back hopefully before this year ends. Am also very excited to work with local musicians and whatever capacity I fit.”

The mbira is considered the national instrument of Zimbabwe, traditional to the Shona people. It consists of a wooden board, often with a resonator, with attached staggered metal tines. The mbira is played by plucking the tines with the thumbs and fingers, while holding the instrument in your hands.

A wooden mbira was first invented about 3,000 years ago, but mbiras with metal tines appeared in the Zambezi River valley roughly 1,300 years ago. The instrument became known outside of Africa around the 1950s.