Home>News>Politics>YELLOW FOR THE ‘NEW’ CITIZENS PARTY 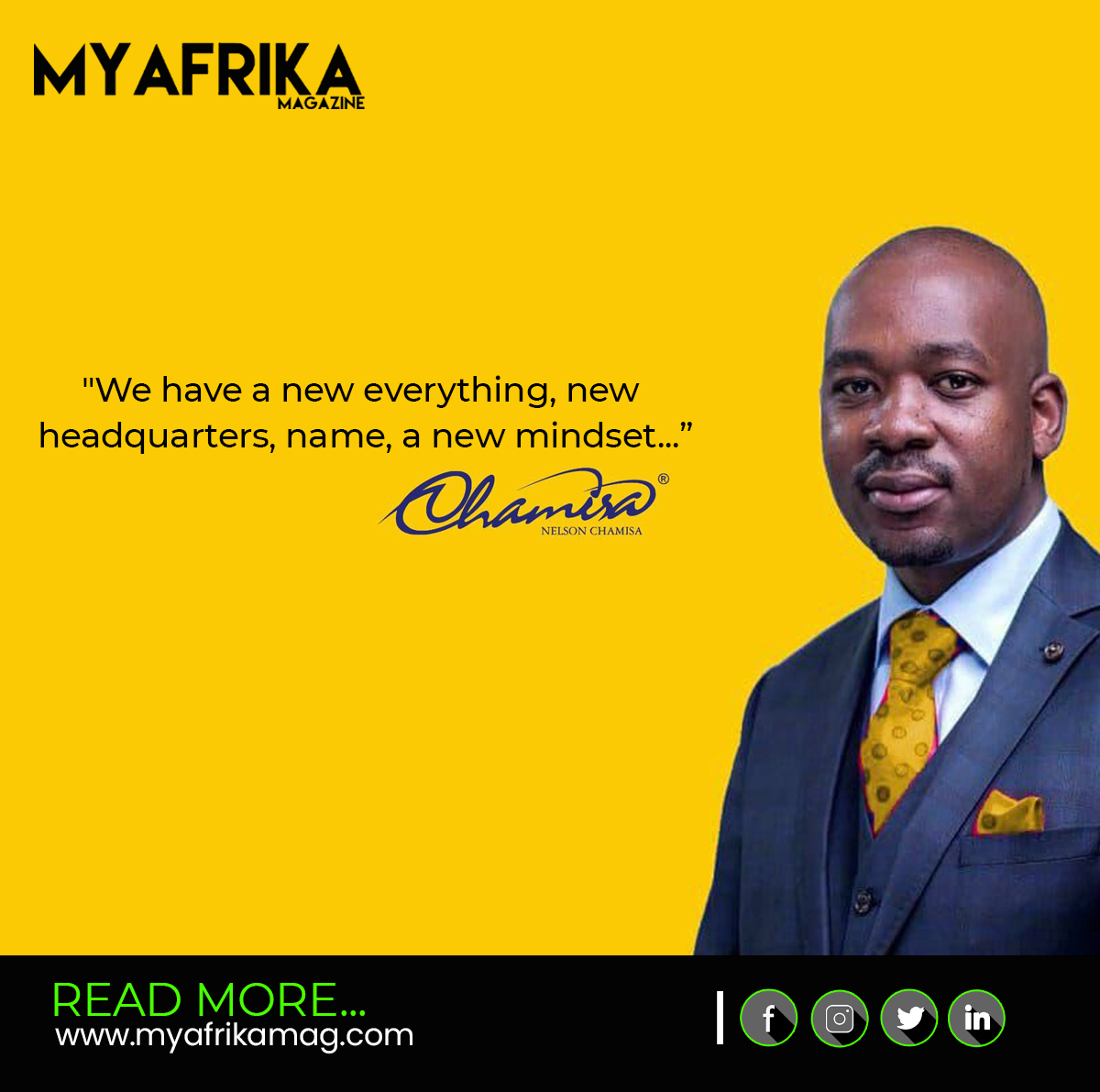 In the eleventh hour, as Zimbabwe political parties are preparing to file their nomination candidate papers at representatives courts for the March 2022 by elections, former Zimbabwe’s Deputy Minister of IT and Communications, Nelson Chamisa delivered the news to the public about the birth of the newly born party, The Citizens Coalition For Change (CCC) party, on Monday the 24th of January.

At around 14:20 pm, former MDC Alliance spokesperson Fadzayi Mhere sent a message to the press WhatsApp group, informing them of an urgent press meeting that is going to be delivered by Nelson Chamisa at Bronte Hotel, Harare

The flier which had information details of the settings of where the meeting’s location will take part in, was written in yellow-gold letters with the words, #Beholdthenew. This gave out the clue to the media pratictioners what the main agenda of the press conference was about.

In addition in the past few weeks, Nelson Chamisa has been posting on his social media platform giving a hint to the public of his new home’s name and the colours.

Walking in the  auditorium filled with journalist  from both private and public  media, Nelson Chamisa walked in wearing a yellow shirt and accompanied by some of his fellow members, who were once identified as MDC Alliance members.

He began by addressing the public about the main objectives of the newly party, among them is to put the citizens first and also to allow citizens to make the decision for the newly formed political organisation.

“We have a new everything, new headquarters, name, a new mindset a thrust of course a new focus and a philosophy. The philosophy being focus on the citizens making sure that we replace the citizen in all discources that we have seen eliminating citizens so that the citizens is back at the center.

“The citizen is responsible for decision, policy making and every decision must be centred on the citizen that is where we are going, “said Nelson Chamisa

Chamisa whom in the previous, presidential election ran through the MDC Alliance ticket as it’s presidential candidate.

Informed the press that he has dumped using the name MDC, however he hasn’t distanced himself from the core-values of the MDC founder, Morgan Tsvangirai.

“We have listened to the people of Zimbabwe and this is not an easy decision. The people have told to leave the dirty past alone and focus on building a new fresh future.

We have said we don’t want confusion and there is no confusion and those other people came for our name they thought that they have taken MDC T, Tsvangirai, MPS, we said have it,” addressed Chamisa.

He also added, “the new outfit has a new name that is perfect to have a meal with,the Citizen Coalition For Change, we have left everything red take it. We have a new colour in town gold-yellow and we focusing on the new,” he said.

When questioned by media about, some of the MPs who are not yet been recalled who will join the CCC if they should resign as they are under MDC Alliance ticket.

The CCC leader said, the MPs we’re voted by the citizens, so the citizens have the decision.

🟡Our focus is to champion transformation on behalf of Zimbabweans. We’ve said that there would be no confusion, we don’t want any confusion. @nelsonchamisa #CitizensCoalitionForChange #CCC pic.twitter.com/ialeYgbZ8R