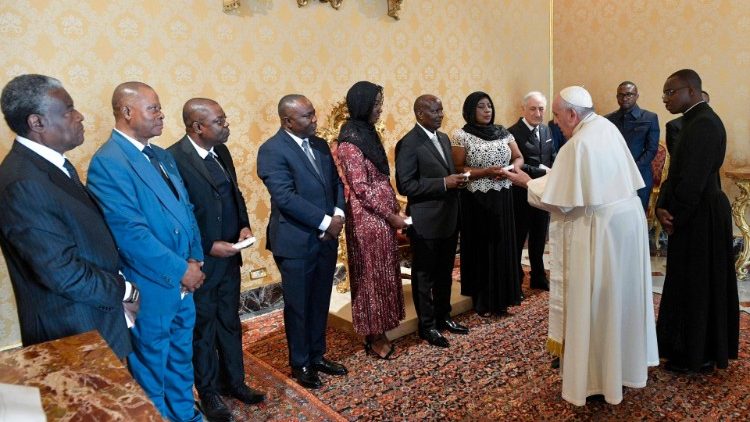 The church has always been viewed as a great pillar especially in social and political issues.

Roman Catholic church has played a major role not only in Latin America’s politics but also in other parts of Africa especially in East Central parts of Africa.

In January 2019 on the 26th, the DW Africa stated out that : realistically speaking the church’s influence in Congo politics is enormous. It has often filled the void for many Congolese.

This year among Pope Francis’ schedule visits the DRC on the 31st of January, his original schedule visit was last year during the summer of 2022.

Due to the issue of health he had to postpone.

The Pope’s visit in Kinshasa to many is not an incident, as he is traveling at a time when DRC is facing turmoil in terms of civil war which is the conflict between the government and M23 rebels which has created conflict with the great lakes of Africa. To add on, this year DRC is holding it’s Presidential general elections.

The Roman Catholic church has been known as the most influential religion in DRC when it comes to politics.

In 2011, the church’s allegiance were deeply divided so it opted not to publish results, despite evidence of massive irregularities and vote rigging that its observers had witnessed at polling station.

When former leader Kabila was out of power and came a time to choose his successor. The Roman Catholic Church played a major role.

Elections were marked with violence and the church became a santuary for the opposition supporters during trying times.

The Congolese Roman Catholic priests placed  pressure on the electoral commission to release the results.

In December 2016, the church broke a treat between the opposition and the government that allowed Kabila to stay in power after his term in office was over.

The Roman Catholic Church has tried to bring stability in a country which gained independence in 1960s and has never had peace.

The Pope is set to meet the President of DRC, Civil Society and Diplomatic Groups, Mreeting With Victims from the Eastern Part of the country.

The Pope is also scheduled to visit South Sudan which is also gearing up for elections and is facing civil wars.