Home>News>Entertainment>Film>TELLING THE ZIMBABWEAN STORY TO THE WORLD… 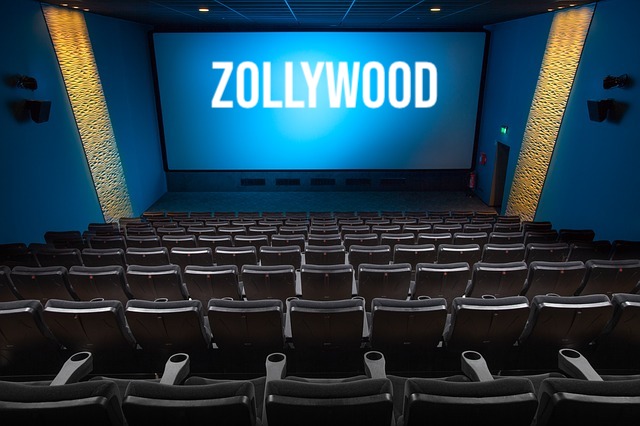 Since the dawn of the New Zimbabwe in 1980, the landlocked country’s film industry has been reaching out to international platforms, telling a Zimbabwean story.

Some of the local  movies that  made waves International and told a Zimbabwean story are: Neria, Yellow Card, Flame, Everyone’s Child etc.

Now that the nation is in the 21st Century, film makers have turned their Inspiration when creating movies on what is trending on Social media.  With some critics have pointed out that the Zollywood is now  dominated by Western Culture.

Is telling a Zimbabwean story, about the way people are living, the challenges faced by Zimbabweans, Political crisis fading away, and is Zimbabwe government supportive when it comes into building the Zollywood?

My Afrika Magazine sat down with two film makers who are changing the landscape of the country, Nigel Ndlovu (the founder of Aicon Media) and Melgin Tafirenyika (multi award winning actor and director), to discuss why Zimbabwean film makers are failing to take their Zimbabwean story to the world.

The two film creators informed My Afrika Mag,that the Zollywood hasn’t yet reached a position that ione can reffer to it as success , in telling it’s story to the world.

They informed My Afrika that, one of the main reasons that has contributed to the fail for the country to produce films that highlight,what is happening in the country, it’s due to lack of finance and few contributions in terms of funding from the government.

Zimbabwe is among few countries in Africa,who has few  movies that tell stories about the life of their political icons such as :the late first executive President Mugabe’s,Sally Mugabe,Joshua Nkomo,Mbuya Nehanda Lobhengula etc.

Melgin and Nigel said the government has a big role to play which will contribute in Zimbabwean film industry, to produce legendary films.

“Remember writing is one thing and shooting is another thing because shooting a movie you need funding and most of those we see from SA are funded by DTI and NFVF but in Zimbabwe we don’t have support from the government.

“Also it might be even difficult to get  clearance to shoot in the gvt premises so as a film maker you end up writing movies that don’t require a lot of budget and resources outside your capacity,” said Tafirenyika.

Commenting on the same issue, Bulawayo film based producer, Nigel Ndlovu shared the same views with his counterpart, Melgin, that a political barrier has contributed in the film industry in stopping film makers to produce, Political icon tribute films.

He however advised, those who are planning to work on such projects to work with professional film makers and experts.

“The challenge has been finding the right producer/capital  and political environment has stopped film makers from producing stories that highlight history,” informed Ndlovu.

Another big challenge that the film industry is facing is the platform, where film makers deliver their production, excluding social media and online platforms,Zimbabwe currently has only one Television channel.

Nigel Ndlovu is currently working on a bio picture,which will showcase the life of the late Zimbabwean Icon Rapper Calvin Nhliziyo who passed away last year. Also a series of a short films and other web series under his media company Aicon Media.

While Melgin Tafirenyika’s film, ‘A  New World’ which tells a story about the world after COVID 19 pandemic was nominated for  America Motions Pictures award during Texas Music bed Reopen Challenge.