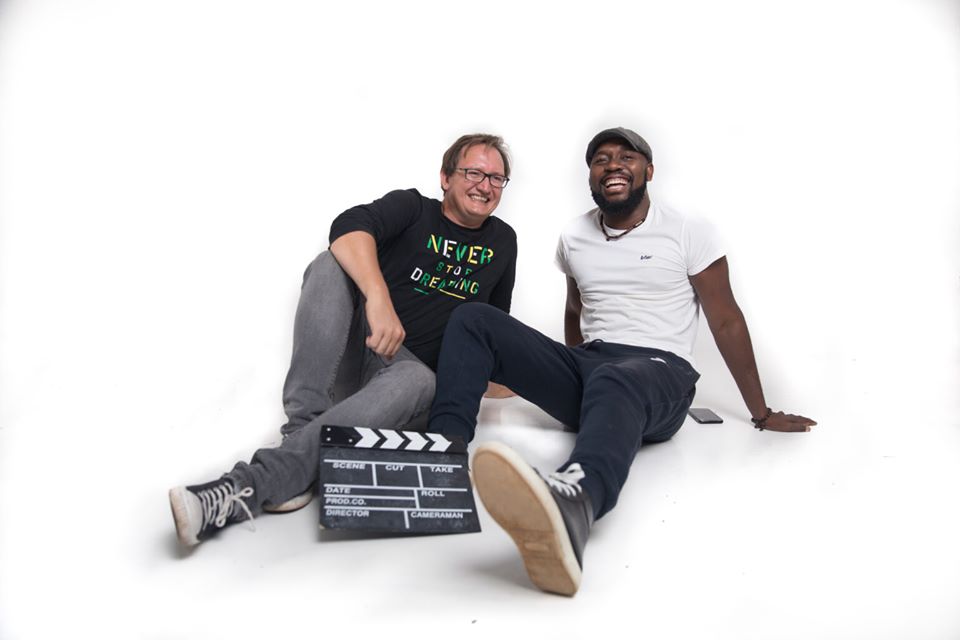 A new dawn for film in Zimbabwe

Today the Zimbabwean community joins Joe Njagu, Thomas Brickhill, the entire crew and cast of the award winning film Cook Off to celebrate it being the first Zimbabwean film set to stream on Netflix.

The films premiere date is yet to be released but Cook Off is part of Netflixs Made in Africa collection, a curated list of African films, series and documentaries to celebrate Africa month and demonstrate Netflixs commitment to Africa.

Cook off announced that  the film will be streaming on Netflix soon on their social media platforms. The film will be joining other African productions on Netflix like The Boy who harnessed the wind, Queen Sono, Shadow, Tjovitjo, Hopeville and many others.

Cook Off is a refreshing happy original Zimbabwean story which showcases the countrys talent told by a talented crew.

The film which stars Tendaiishe Chitima, Tendai Nguni, Jesesi Mungoshi, Tehn Diamond and Eddie Sandifolo among many will become the first production from Zimbabwe to be hosted on the streaming platform.

This marks the dawn of a new era in the distribution of film in Zimbabwe.

Zimbabwean filmmakers and citizens   took to social media to express their excitement that Zimbabwe is now on Netflix in a bid to publicise the hashtag #NetflixZimbabwe.

The secretary for the Ministry of Information and publicity Nick Mangwana joining hoards of Zimbabweans bragging about Cook Off sale, congratulated the team on his twitter handle.

One day we will take the commissioning of local content on Netflix for granted.  Whilst that day is not far off, today, right now we celebrate the achievement of such a milestone. Congratulations Joe Njagu, he wrote.

One of the film producers Joe Njagu said he was so humbled that his efforts have finally paid off.

“I am so excited, Cook Off has managed to scoop so many awards and get screened in a number of International film festivals, the highlight is managing to sell the film to Netflix. Collaboration made it possible. As such I would like to encourage more Zimbabwean Filmmakers to collaborate and make more outstanding films, we need to claim our glory back and reposition our industry and also join the global narrative. Being on Netflix means we will be recognized globally and that will open more doors for us Who knows we might be having more films on Netflix and even a Netflix original series soon. We just need to prove that Zimbabwe is a lucrative market, lets make #Netflix Zimbabwe go viral and when the film begins to stream let us all make an effort to publicise and watch it. He said.

Njagu also added that he is motivated to keep working.

“Honestly I am excited but my goal is yet to be realized as such, I am still pushing forward.  I am working on other productions. I am thinking whats next? Where to from here? he added.

Zimbabwe has been basking on the glory of Media for Development Trust films like Neria, Yellow Card and More time which were produced over 10 years ago whose fame was international. Cook Off has therefore come in to re-position the industry.

Another award winning Producer and actor Mellgin Tafirenyika said he is hopeful that the industry is growing.

Personally I am over the moon because when the movie is on Netflix it represents us as a nation so cook off is our film. As a producer I have raised my hopes that nothing is impossible if you put your mind and resources together. This is the beginning of new things.  He said.

In a statement released by The Zimbabwe International Film Festival Trust, they pointed out that this is a turning point for Zimbabwean film.

“ZIFFT is proud to be associated with the producers of Cook Off, Our opening film at ZIFF 2018. Since then its been on a global tour that had earned it its recognition by several other International Film Festivals and now on Netflix. Congratulations Thomas, Joe and the whole team. We believe that this trail blazing achievement is the sort that will open doors for other local films and bring back Zimbabwes lost filmmaking prestige

Indeed, after this Zimbabwe will never be the same again. Filmmakers have been struggling to distribute their productions to join the global narrative.

With the DVD model slowly fading away, Piracy looming, Cinemas being transformed into churches it has been hard to establish a suitable and sustainable distribution model. As such breaking into Netflix presents great opportunities for the Zimbabwean filmmaker.

Currently we have one television station in Zimbabwe and in the past year major festivals like Harare International Festival Of the Arts (HIFA) and ZIFF were cancelled due to the economic challenges as such this left the local filmmakers with limited film distribution and exhibition spaces.

The industry over the past decade has struggled to survive given the dire economic situation.

Cook Off, was shot in 2017 and it is a romantic comedy which follows the journey of Anesu, a down-on-her-luck single mother from Harares Budiriro township who becomes a national sensation after she qualifies for Zimbabwes top reality TV cooking show, but then finds herself out of her depth battling against professional chefs.

The film boasts of a wonderful star studded cast and experienced crew. See crew list at the end

The success of Cook Off indeed a great achievement and it means a lot to the Zimbabwean film industry. It completely changes the face of film distribution and production in the country.

Now, Zimbabwean creatives need to come together and share resources and ideas so that they become relevant and draw the necessary attention out there.  There need to share ideas on distribution and shaping a unique Zimbabwean narrative.

Below is a list of screenings of the film at various festivals.