Home>News>Health>COVID-19 vs Africa, The Lessons… 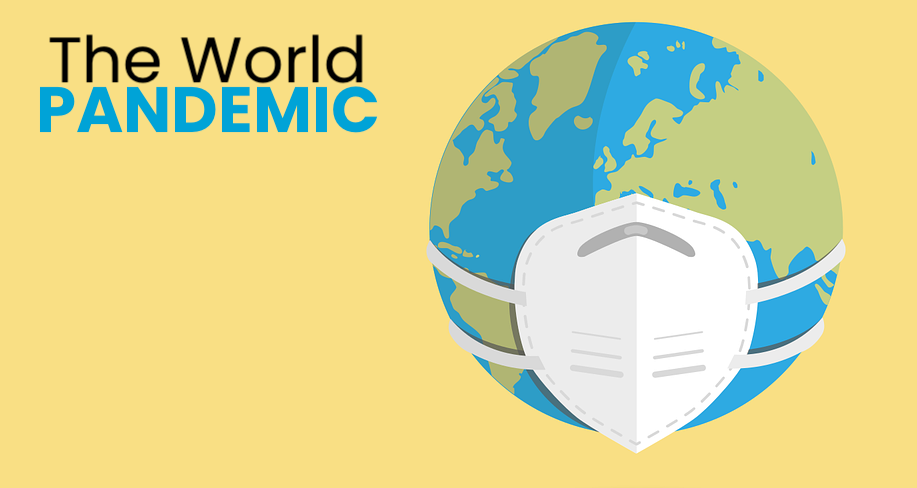 I was on a holiday with my wife and daughter in Cape Town when we heard of a disease outbreak in China, a city called Wuhan. Apart from that it was a respiratory disease caused by a virus called coronavirus later to be officially named Covid 19, I knew nothing about it. I was even quick to dismiss the notion that the disease could bring the whole world to a total shutdown. I had thought in no time it could be contained in the same manner avian flu or swine flu or even the deadlier Ebola was managed and handled before spreading to the whole world. By the end of February I read another article which highlighted how most countries were closing borders and the jiggery-pokery from the then president of the United States of America Donald Trump who spread the narrative about a man made virus wreaking havoc to defenceless civilians. His misinformation could also be directly linked to how Americans have failed to contain the disease.

March came and most of the eateries in my hood of Johannesburg were winding up or shutting down businesses in droves. That is when truth hit me hard that we were in a crisis so ugly and deadly, that was mercilessly thwarting and threatening the human race to the core. I tried as much as I could to gather much information about this ghost which had invaded our supposed normal lifestyles but nothing sensible came about.

By the fourth week of March we were forced to close down the entire country. All economic activities came to a standstill. There were curfews enforced military patrols, gym closures including also any outdoor activities. My family was in Zimbabwe and here I was alone in an apartment, watched TV till I could not anymore, did push ups in the lounge until I got bored, it became a routine day after day week after week.

The biggest challenge I had was to gather as much useful information as possible, supposedly to educate my wife, a nurse, who was busy at the frontline trying to fight off the disease unknown to mankind. I studied the grim scientific models on how we were to convert stadiums, and other social amenities into emergency hospitals for the sick to complement the already existing health infrastructure. I read through scientific projections of how we were to die with limited resources at hand and how speedily the disease was spreading. My fear was so real so was my anger for being so far from my kids and wife whom I could not protect during such a grimy era.

As days went by, when my depression lessened to manageable levels, I started again my ultimate search for as much information as I could. To my disappointment even today nine months into the pandemic there is still lack of credible information about this disease which destroyed lives, livelihoods and economies of the world. Another article I read on the CDC website recently highlighting the similarities and differences between Covid 19 and influenza  which concluded that with symptoms alone you cannot tell whether it’s flu or Covid 19.

Covid 19 proved to have spread more in winter than any other period in South Africa and the rest of the world, this is the same time we record higher figures of flu infections. Both diseases are caused by a virus and have major respiratory signs and symptoms. The article went on to say people with comorbidities had higher chances of dying of the virus but the same goes even to flu or any other infectious disease for that matter. It is a medical fact that a compromised immunity is very susceptible to succumb to opportunistic infections which in most cases can be fatal. Another interesting piece of literature is on the John Hopkins website written by their Senior Director of Infections Prevention Lisa Maragakis which highlighted the similarities of flue and Covid 19 including modes of transmission, symptoms and the most likely damages of body parts like lungs, heart, kidneys and brain damage to a certain extent.

In conclusion, we were given information which we already knew and we were supposed to believe that it’s a new disease different from the one we already knew to be the disease. This made adherence to regulations implemented for flattening the curve more difficult to follow. This lack of much detailed information about the two diseases led people to come up with so many divergent theories, some trying to tackle the origins and reasons for having the diseases and the possible makers of the diseases with different agendas.

Here in Africa it was mostly associated with the new 5G technology being rolled out, there was also the popular Donald ‘Twitter’ Trump theory that the disease leaked from a bioweapons lab in Wuhan. There was a void in credible information to depressed people restricted to their homes which became a fertile ground for spread of false information about the disease.

In future I believe there should be a greater role by governments and health organisations to contain and manage the dissemination of information before their efforts to contain epidemics goes to waste. This includes even admitting that they do not yet have much information as to the prevalence, prevention and containment of those epidemics including modes of transmission.

Now that we have various vaccines but still have limited information about this new disease called Covid 19, there still lingers a challenge on the uptake of medication meant to save the humankind. More so, if countries continue to revert back and forth from economic decisions to health decisions, where infections continue to rise and fluctuate, the fight against Covid 19 might be very far from over. Economies will fall and crush. An economic depression will not be a far-fetched reality should we persist with these lockdowns whose effectiveness to curb the disease are also questionable.