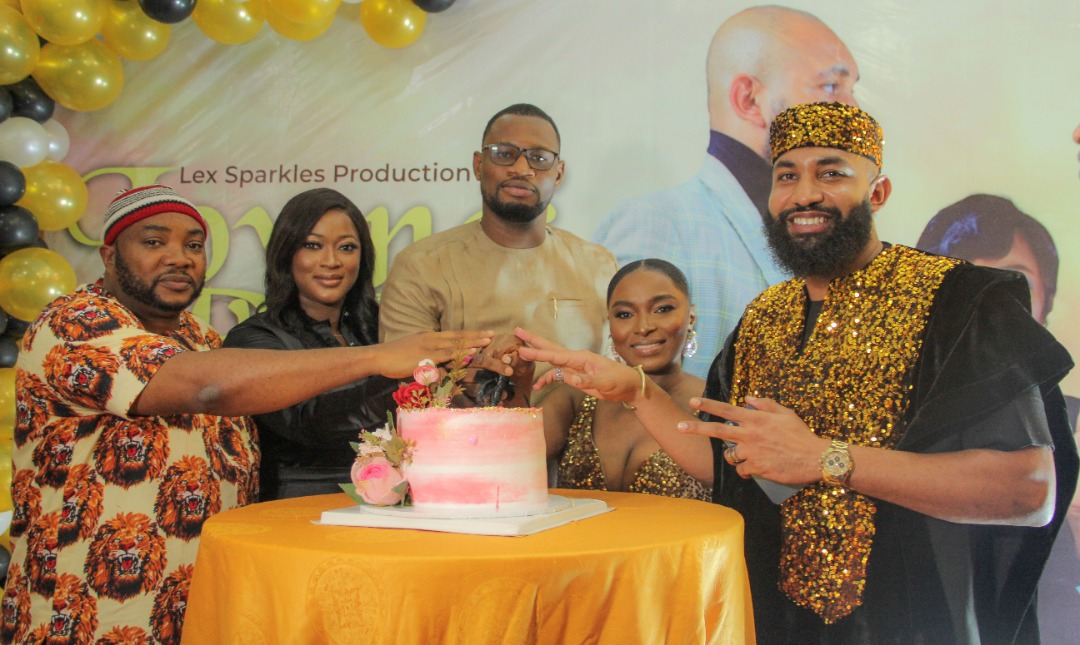 ‘Loving Rona’s main cast are Nigeria’s best two actors and actress, these are Meg Otanwa who has casted in other Nollywood production that include, I’ll take my chances among others. In the production, she undoubtedly brings her knowledge of the language of Love to bear in this feature.

Also, not new in the film industry a former Big Brother Nigeria, reality celebrity who is also know for his longtime cast till date in one of Nigeria’s most popular TV series, Tinsel. Gideon Okeke is part of the three main actors.

Gideon Okeke and Meg Otanwa share the platform along with Jeff (Bankz) Nweke a brilliant actor, he is an eclectic and multifaceted individual who loves music and doesn’t hide it. Jeff uses the most visual ways to express himself where possible, but in this feature presentation, he goes all out. Other actors that feature in the movie are Ummi Baba Ahmed, Fiona Garba, Erica Bale Opia, Jide Bolarinwa and Patricia Egbon.

In the film, Loving Rona, we are introduced to the relentless spirit behind desperation and how far it can push a person to the greatest unimaginable lengths to win back love.

Love, Class, Lies, Deceit, and the Maniacal Humour are some of the themes that are surrounding the Romantic Comedy. It was scripted by Becky Ngoma.

Teaming up with, the Associate Producer, Ejiofor Chukwuemeka, Alex Odinigwe and Chidi Umeoji the producers of the film, the went all out in working together to produce the movie. It premiered on the 15th of August, Lagos Oriental Hotel, Victoria Island Lagos, while on the 20th of August doors of Cinemas were opened for the public to share the Laughter.