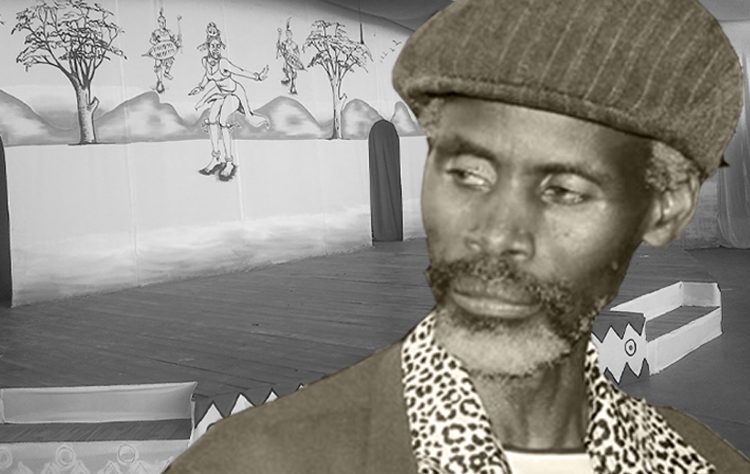 By Tapiwa Rubaya and Charmaine Brown

The nation still mourns the death of legendary Zimbabwean playwright, actor and theatre director Continueloving (Cont) Mhlanga who was also the founder of Amakhosi Theatre Productions in Bulawayo.

President ED Mnangagwa has accorded late playwright Cont Mhlanga a State-assisted funeral and has given the family $2,5 million for funeral expenses.

This was revealed by Bulawayo Minister of State for Provincial Affairs and Devolution Judith Ncube at the family home in Nguboyenja when she was paying her respects yesterday.

The founder of Amakhosi theatre production, Mhlanga (64) passed away on Monday,1st of August at the United Bulawayo Hospitals (UBH) after being admitted for 10 days. His family has said he succumbed to pneumonia. on the 1st of August 2022.

In a press statement, that was released by Dr Sibanda the Chief Secretary to the President and Cabinet.

Stated that President E.D Mnangagwa mourns with the nation, the departure of icon legendary filmmaker, Cont Mhlanga whom many addressed him as,’Malume or Khulu’,which is a sign of respect that the public gave him, due to his role that he played in the country’s arts sector.

Initially, Mhlanga’s memorial service was pencilled for Amakhosi Township Square, but due to his public stature, it was moved to a bigger venue, Amphitheatre, according to the National Arts Council of Zimbabwe executive director Mr Nicholas Moyo.

The late legendary launched, Zimbabwe’s first home of that was established to empower the nation’s artists.

The name that was given to the home was ‘Amakhosi’ located in the city of Kings and Queens near Makokoba. The institution became a home to a number of artists whom some have headlined international platforms and have been awarded for their deeds in the arts sector.

Amakhosi started as a karate youth Club and then switched to professional theatre in 1988 and it is one of the standing national arts auditoriums in Zimbabwe.

Mr Mhlanga worked as a playwright, filmmaker and creative director.

As soon as the nation received the news of the Arts Icon, people from all works of lives poured their condolences messages.

The National Arts Council also described the late Mhlanga as a legendary in the world of arts.

“It is with a heavy heart and intense sadness that the National Arts Council of Zimbabwe Board and management announced to the nation and cultural and creative sector the passing away of the legendary Cont Mhlanga.”

The Bulawayo City Council also sent their condolences message, they stated out that the city had lost a legend who has played a major role in the formation of not only the Amakhosi Center.

“The city has lost a legend in the creative industries who began his career in the arts and Karate at a young age and is known for the formation of the Amakhosi Arts Center, Skyz Metro and Breeze Fm,” they said.

“Now it has finally sunk in that he has indeed gone. The big baobab tree has fallen and its space there will be emptiness for years. It will be a space too difficult to fill and many will always remember it as the space where the big baobab tree stood and protected us from the wind and sun,” said Baya.

The memorial service for the legendary Cont Mhlanga will be held today, Friday the 5th of August.

Mhlanga is survived by six children and one grandchild.

The legend wrote more than 20 plays among them The Good President, The End, Sinjalo, Children on Fire, Games and Bombs,

Mhlanga also produced Amakorokoza and Sinjalo for ZBC. Upon retiring from the arts in 2016, he relocated from Bulawayo to his rural home in Lupane, where he was rearing livestock such as goats.

RIP Cont, a true legend of the arts