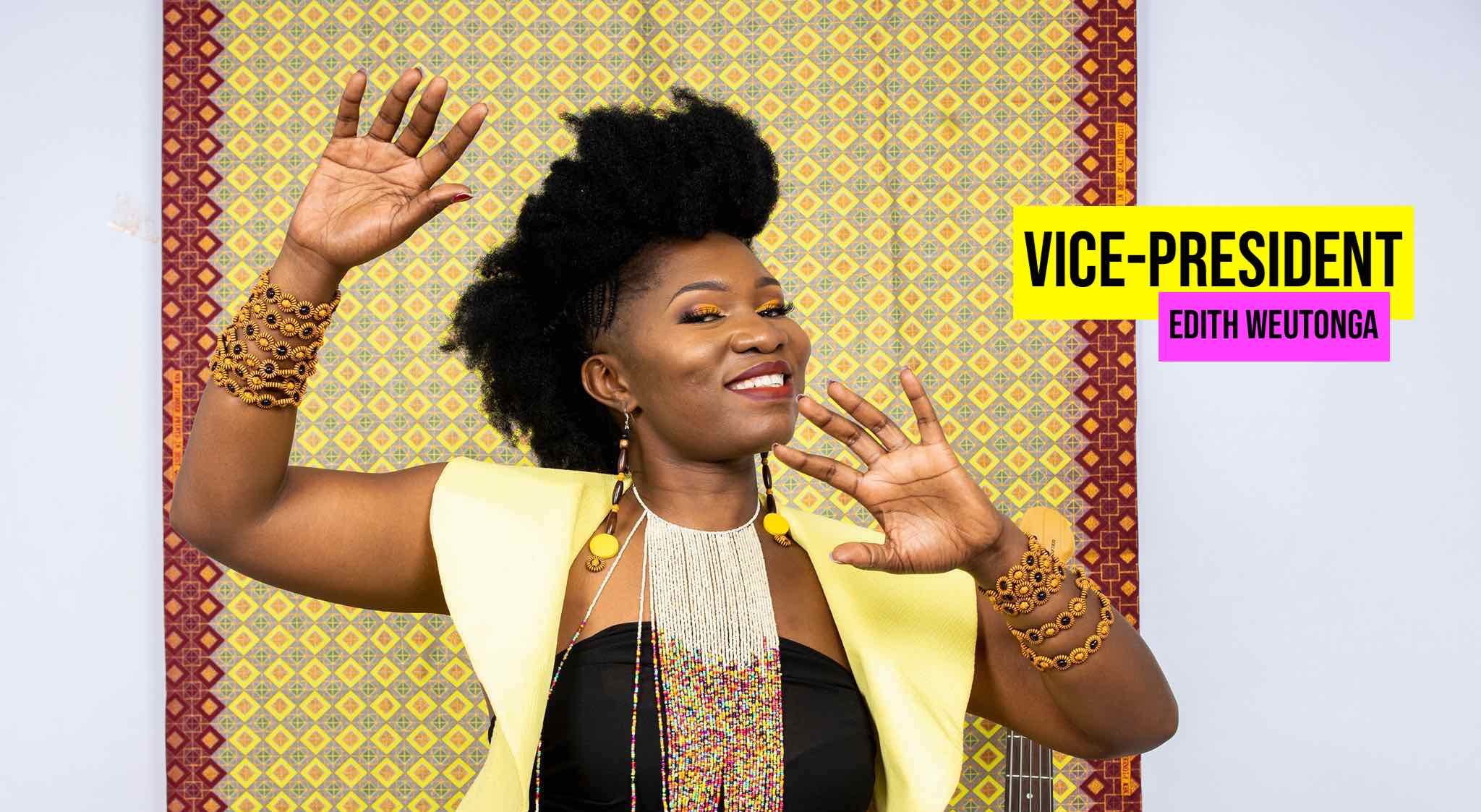 Award-winning UK-Zimbabwean based musician and actress Edith “WeUtonga” Katiji was the first black woman to be appointed as the vice-president for the International Federation of Musicians (FIM) recently.

FIM is an international organization that stands to protect the rights of musician’s across many countries.

WeUtonga is one of FIM’s five vice-presidents that include Beat Santci of Switzerland, Anders Laursen of Denmark, Ray Hair of the United States of America as well as Horace Trubridge of the United Kingdom.

My Afrika Magazine reporter Charmaine Brown (CB) had a brief exclusive interview with Edith “Weutonga” Katiji (EK) about her appointment as well as the music sector below:

CB: How is the feeling of being the first female to be appointed as the vice-president for FIM?

EK: The feeling has been that of excitement and anxiety at the same with an understanding of what this appointment means to me and to those I serve. Being a results driven leader I hope that there will be a lot to credit Union this appointment.

CB: As the V.P, how will the local artists from Zim benefit from your appointment pertaining the music industry.

EK: Those who are members of the union will definitely benefit from our programming and Union to Union collaborations across Africa and Europe.

CB: On the other note, as the president of ZIMU, how are you enabling the promotion of the art sector due to the economic challenges faced as well as Covid-19 pandemic affecting businesses?

EK: We have been in most ways crippled by the pandemic. However we have tried to keep programs that empower the musicians going even if it’s been virtual through facilitating discussions, webinars and training sessions on social media platforms with our membership has served them some good. We managed to facilitate three occurrences of online performances where we have encouraged our membership to monetize their social media appearances and presence.

CB: From the albums you have released so far, which one is your favorite and why?

EK: Each album has my best so I’d say all. Kwacha carries my identity.

CB: Any message to other upcoming female leaders in the art sector.

EK: It takes commitment to become a leader. It’s not about titles and enjoying the perks and credit that comes with it. It’s about what you put in, results and action and a lot of discipline. Being a leader is hard work does go on and put in your hard work!

Edith Katiji, known professionally as Edith WeUtonga, (born 22 April 1979) is a Zimbabwean Afro-jazz and Zimbabwe traditional musician who plays bass guitar while leading vocals, songwriter, actor and music teacher. She was born in Kadoma, which lies approximately 166 kilometres (103 mi), by road, southwest of Harare. Being of Malawi origin and growing up in Bulawayo she sings in 4 different languages mainly Shona, Chichewa, Ndebele and English. Her band is called Utonga which means dawn. She is one of only a few bass guitar players in Zimbabwe who is also the lead vocalist for a band. Katiji also plays acoustic guitar, mbira and drums. [ More On Wikipedia ]

Watch some of her LIVE Music here…