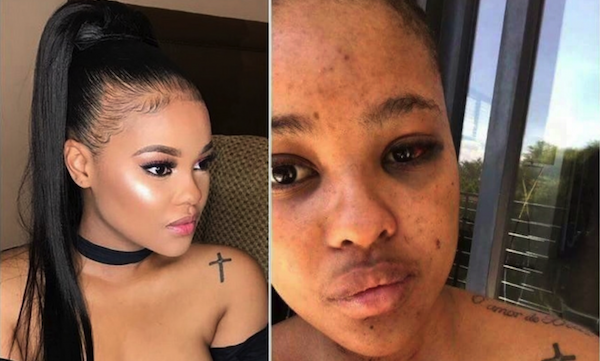 I had just finished watching the Gabby Petito story. The sudden turn of events in the movie made me nauseate. Nevertheless, I decided to move onto the next on my list for the night, Karabo Mokoena’s gruesome murder. In all honesty, my heart wasn’t prepared for what I heard and saw.

The intricate details of a beautiful life robbed from the face of the earth was heart wrenching. Karabo was passionate about women and girl empowerment, a great advocate who died in the hands of her lover and murderer. Child pregnancies and marriage, sexual violence and harassment, female genital mutilation, human trafficking, intimate partner violence; makes the growing list of atrocities being committed against women and girls. In both Gabby and Karabo’s stories, there were tell-tale signs of abuse and violence.

This seems to be the case with most, which makes those who put such stories under the microscopic glance, to inevitably ask tough questions; what keeps attracting the victims to the never-ending yoke of abuse, the journey to the slaughter room, one that many times leads to loss of life? Why do women keep extending an olive branch to murderers hiding under the guise of love? What are the red flags that every woman needs to watch out for before it is too late? When should one run for dear life? Is enough being done in terms of educating and sensitizing our women and girls?

Whatever views and thoughts we might have, will never take away the fact that what motivated such brutal killings in both cases and many others being experienced worldwide is uncalled for. One life lost, is one too many. These and many others are sparking outrage worldwide as activists, GBV survivors and defenders take to the streets to demand justice, answers and express their disgust. Everyday, our newsfeeds are awash with stories of the ever-increasing violence against girls and women. The courts systems are doing the best they can in rendering justice but, will the violence ever end? According to a UN article published in November 2022, this devastating violation against women and girls remains largely unreported due to the impunity, silence, stigma and shame surrounding it. A great proportion are suffering in silence.

Launched in 1991 by the Center for Women’s Global Leadership (CWGL) and feminists from around the world at the first Women’s Global Leadership Institute, the 16 Days Activism against GBV is a global call to prevent and eliminate violence against women and girls. It starts on November 25 (International Day for the Elimination of Violence against Women) and runs to the 10th of December (International Human Rights Day). In support, the United Nations has added a solidarity voice under the UNiTE campaign, utilizing the color orange to “Orange the World”, a unifying theme running through all of its global activities. As we join hands in this fight, therein lies the challenge; is enough being done to empower the victims to break out of the prison cells of abuse? With most of the perpetrators of rape, sexual exploitation and abuse being loved ones; fathers, brothers, relations and even our neighbours, are our girls still safe even in our own homes as they grow? We would not have done justice to this article if we do not extend a challenge to emerging Civil Society Organisations (CSOs). Are the motives of most right? To the powers that be in carrying out the needful audits, are the CSOs impacting as they ought, is the funding being channeled to its intended purpose or is the society ignorantly raising a breed of thieves, a hidden voice of opposition and a backlash against women’s rights? Only time will tell.