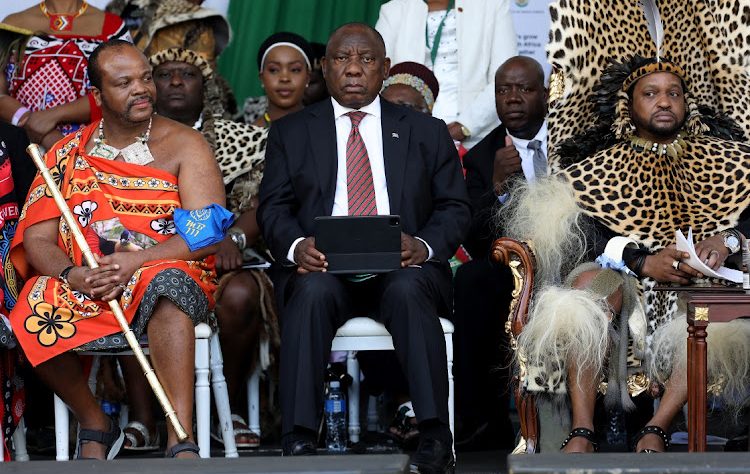 Thousands of people from across the world wore their colorful traditional outfits last weekend and travelled to South Africa joining the coronation of new King.

The certification of Misuzulu KaZwelithini became the first coronation of the first Zulu King since the dawn of South Africa as a democratic nation.

It was a sunny and fair day in terms of weather, unlike his father whose coronation took part in a rainy day, King Misuzulu just like his name it didn’t rain.

In addition, during the Late King Zwelithini’s coronation he wasn’t wearing the Zulu attire.

However, Misuzulu’s certification coronation was different as the government did not rebuke him from wearing his royal Zulu designs.

It is estimated that fifth of South Africa’s population are Zulu people, making the Zulu nation to become one of the most populated in South Africa.

Despite some people having raised concerns over the lavish lives, lived by traditional leaders many are still in support of the Zulu nation.

This was proven during the coronation of King Misuzulu at Kwakhangelamankengake Palace in KZN Province and during the bestowing of the certificate to the new King at Moses Mabhida Stadium on Saturday 29th of October.

The bestowing of the new Zulu King ends bitter tussle to find a successor for the late King Goodwill Zwelithini.

The late King Zwelithini is the longest reigning monarch, having served the throne for almost 50 years.

King Misuzulu when addressing those who were gathered during his certification ceremony, acknowledged that the Zulu nation is facing crisis in terms of unity, food security, climate change etc.

“I understand that history has chosen me at this time when Zulu’s are facing several challenges at this time. “The challenges are poverty, unemployment, trust, traditional leadership, climate change and food security,” said the King.

The event ceremony was also attended by several leaders including former South African Presidents, His Majesty King Mswati the 3rd who is also the uncle of the new Zulu King.

Politicians from across African continent, diplomats and celebrities also were present.