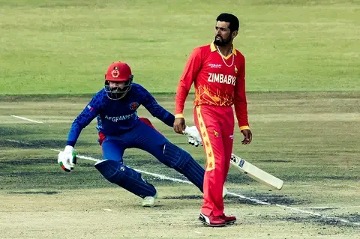 Team Zim’s cricket suffered another defeated from the Afghanistan team.

The Afghanistan team becomes the third visitors to defeat the national team in their own home ground after, South Africa and Namibia.

In the last results Afghanistan won with a 35-run victory.

While in developing news in cricket, legend Dave has been named as Zim’s Head Coach, with the incumbent coach Lad Raipur is taking over the role of technical director.

In Netball Zimbabwe lost to Malawi 63-34.

Zimbabwe had previously played with Namibia and lost 38-34 also during their first match with the hosts’ Malawi won 45-23.

Another disappointing news in the world of sports for Zimbabwe. The Zimbabwe’s Women Rugby team suffered an embarrassing 108-00 defeat by their Southern neighbors in the opening match of the Rugby Africa Cup which is being held in Cape town .

In the world of soccer, Nigeria’s Super eagles made history as they became the first African football team to beat their opponents 10-0 during, Africa Cup of Nations Qualifiers when they were playing with Sao Tome.